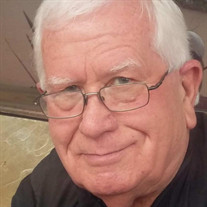 Robert ‘Bob’ John Vandebrake of Broken Arrow, Oklahoma went to be with the Lord on Thursday, December 2, 2021, at the age of 77. Due to complications from heart surgery, Bob died peacefully with his beloved wife, Dee, and son, Eric, by his side. Bob was born in Glendale California on January 7, 1944 to John ‘Jack’ Vandebrake and Pauline Vandebrake, the first of two children. Jack was serving in WWII in the Navy so Pauline was living in California. Following the war, Bob grew up in Exira, Iowa assisting his maternal grandfather, Robert Artist, on his farm during the summers, leaving a lasting impression on Bob’s life. He graduated from Exira high school and then continued his formal education at Norwest Missouri State University where he graduated with a BA degree in social science and education. After one year of college, Bob married his high school sweetheart, Deanna, and began their life together which lasted over 58 years. Bob and Dee were led to the Lord through the witness of Bob’s parents, an event which would change the course of the young couple’s life. Bob pursued employment in education, business, and ministry throughout his life by always seeking God’s direction and guidance and ministering the love of Christ to whomever he found himself working with. Bob served the Lord in many areas of ministry including Christian book publishing, pastoring churches, and with his latest calling as missionary to Kenya and Uganda. Bob loved music, especially worship music that exalted the Savior he served. Everywhere Bob served, he brought music and worship of the Lord. Many times, he played his saxophone in exultation of the King of Kings, often joined by his wife Dee on her flute, to the delight of all those that joined him. Bob’s life centered around ministering to others. His gregarious personality and genuine, wholehearted laugh fully expressed the love he had for those around him and his Lord. Throughout the course of his life, He and Dee lived in Iowa, Arkansas, Texas, Florida, Pennsylvania, and Oklahoma, as well as serving oversees missions in Kenya and Uganda. They left many, many friends in each and every town, city, and country. Those relationships persisted throughout his life as a testimony to their love and ministry to those the Lord would bring across their paths. Those many friends and the lives impacted are the legacy Bob leaves behind now that he has departed to his heavenly home. Bob was preceded in death by his parents and by his sister Linda Shaw as well as one infant great-granddaughter, Margaret ‘Maggie’. He is survived by his wife Deanna; sons John (Jennifer) and Eric (Karina); grandchildren Robert ‘Grant’ (Samantha), Garrett (Emily), Tiffany, and Andrew ‘Drew’; and great-granddaughter Eleanor ‘Ellie’. A memorial service to celebrate Bob’s life is planned for Tuesday, December 14th, 2021, at 12:30pm at Floral Haven; 6500 S. 129th E. Ave. Broken Arrow, OK, 74012. Fellowship and sharing will be held at Anthem Church Venue; 7777 S. Garnett Rd., Broken Arrow, OK 74012 following the service. All are invited to attend. People wishing to honor Bob and Dee’s lifelong commitment to family and ministry can make donations to International Outreach Ministries, PO Box 2140, McComb, MS, 39649 and indicate that it is for the Bob Vandebrake memorial. You may also donate online thru IOM at https://iom-online.com/donate For those unable to attend, follow the link for webcasting services: https://webcast.funeralvue.com/events/viewer/64863

Robert &#8216;Bob&#8217; John Vandebrake of Broken Arrow, Oklahoma went to be with the Lord on Thursday, December 2, 2021, at the age of 77. Due to complications from heart surgery, Bob died peacefully with his beloved wife, Dee, and son, Eric,... View Obituary & Service Information

The family of Robert John Vande Brake created this Life Tributes page to make it easy to share your memories.