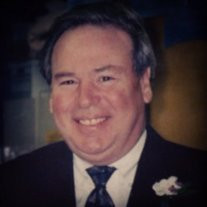 Roger D. King, 67, of Broken Arrow, passed away November 4, 2013, after a short but courageous battle against cancer. Roger was born on April 9, 1946, in Normal, Illinois. He eloped with his high school sweetheart, Pat Whisman, on August 8, 1964. Roger is survived by his wife Pat; his son, Tim King and wife Daphne; his daughter, Tricia Curl and husband Michael; five grandchildren; a great-granddaughter; a great grandson to be; brothers, David (Alice) King, Gene (Sheri) King, Lary (Connie) King, Gary (Joyce) King, and sister-in-law Patty King. He was preceded in death by his mother, Frances King; father, Dean King; stepmother, Pauline King; brother, Duane King; brother-in-law, Bob Steege; and niece, Jeri Jones.Most of his life, Roger worked diligently toward his lifetime dream of owning a heavy equipment dealership. In 1992, he realized that dream and purchased the Tulsa branch of Machinery, Inc., a St. Louis based corporation, and later expanded the business and opened an Oklahoma City branch. Roger is a member of the Elks Lodge # 2673, served as president of Associated Builders & Contractors of Eastern Oklahoma, sat on an advisory board at Oklahoma State University – Okmulgee, and was a proud member of the Republican Party. He has been awarded numerous times for his tireless work within the community, as well as his professional accomplishments.Roger loved entertaining and served as emcee at the Elks Lodge “Great Pretenders” productions for 19 years. He enjoyed playing golf with his buddies, and watching OU and “Da Bears” football, and Cincinnati Reds baseball. As his granddaughter, Bridgit, stated best, “He never failed to make me smile, always kept me laughing, and was such a blessing to this world.” Roger was warm and welcoming to everyone he met, helping others before helping himself, and he valued family and friends above all else. He loved life and lived it big. Roger will be greatly missed by those who knew him and a missed blessing by those who didn’t.A celebration of Roger’s life will be held Monday, November 11, 2013, at 3:00 p.m. at Floral Haven, Broken Arrow, with interment to follow. Pastor Walter Still will be officiating. There will be no visitation. Floral Haven is in charge of arrangements. In lieu of flowers, memorial contributions may be made to the American Brian Tumor Association (www.abta.org) and/or Alzheimer’s Association Oklahoma Chapter (www.alz.org/oklahoma).

Roger D. King, 67, of Broken Arrow, passed away November 4, 2013, after a short but courageous battle against cancer. Roger was born on April 9, 1946, in Normal, Illinois. He eloped with his high school sweetheart, Pat Whisman, on August 8,... View Obituary & Service Information

The family of Roger Dale King created this Life Tributes page to make it easy to share your memories.