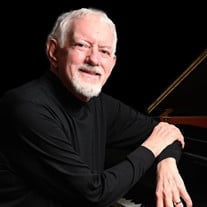 Ronald Earl Jackson April 15, 1951 -- August 27, 2021 Dr. Ronald Earl Jackson, 70, passed away peacefully on August 27, 2021, in Broken Arrow, Oklahoma surrounded by his wife and children. He was born on April 15, 1951, in Fort Worth, Texas to parents Betty Ruth Rutledge Jackson and Ernest Walter Jackson. Ronald touched the lives of many as a skilled surgeon who practiced in the Tulsa area for nearly 40 years. In 1983 he co-founded Surgical Specialty Associates with longtime partner Dr. Michael Whitworth. Ronald was later a partner at Surgical Associates for 20 years. He earned his medical degree in 1978 from the Texas College of Osteopathic Medicine, where he was an honors graduate. He held degrees from Stephen F. Austin State University in Nacogdoches, TX and Meinders School of Business at Oklahoma City University, with additional graduate studies at the University of Houston. He was a Fellow of the American College of Osteopathic Surgeons. Ronald embraced life and learning, and excelled at his many hobbies, including music, cooking, photography, outdoor sports, and traveling. He worshiped his Lord as an active member of Redeemer Church, a former member of South Tulsa Baptist Church, and a former deacon at Woodland Acres Baptist Church, all of Tulsa, OK. He most cherished his role as “Poppa” to his four grandchildren, who were the light of his life. Ronald is survived by his wife of nearly 20 years Janet Key Jackson; daughters Krista (Timothy) Childress and Marci (Joseph) Falvey of Tulsa, OK; son Bryan (Robbi) Jackson of Dallas, TX; stepdaughter Rachel Mathieson (Jeffrey McNeal) of Tulsa, OK; grandchildren Lily Childress, Lincoln Childress, Rowan Jackson, and Barrett Jackson; mother Betty Jackson of Joshua, TX; sister Connie Allen of Cleburne, TX; and beloved nieces, nephews, cousins, extended family members, friends, and colleagues. Ronald was preceded in death by his father Ernest W. Jackson. A memorial service to celebrate Ronald’s life will be held at Redeemer Church, 5415 E. 101st Street, Tulsa, OK, on Thursday, September 2, 2021, at 11:00 am. A private family burial to follow at Floral Haven Cemetery. Visitations will be held Tuesday, August 31, 2021, and Wednesday, September 1, 2021, from 4:00-6:00 pm at Floral Haven Funeral Home, 6500 S. 129th E. Ave, Broken Arrow, OK. Masks are expected at all gatherings. Memorials in lieu of flowers may be made in his honor to global medical missions Power of a Nickel at powerofanickel.org. The family wishes to extend their sincere thanks to Dr. Kevin Fisher, Dr. Scott Cole, ICU nurses at Oklahoma Surgical Hospital, and A Vow Hospice for their exceptional care and compassion.

The family of Ronald Earl Jackson created this Life Tributes page to make it easy to share your memories.

Send flowers to the Jackson family.