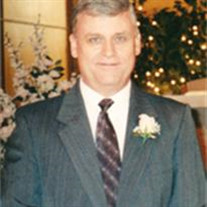 Ronald Odell Pinson died Tuesday of a pulmonary embolism, a day after undergoing surgery. He was 61. Â  Ron was known for his generous spirit and seemed to derive more pleasure from helping others than from doing things for himself. When his kids were younger, he’d work 16 hours a day to support his family but still found the time to coach his son’s baseball team and his daughter’s softball team. Â  Born in Bristow on Dec. 14, 1949, he attended McLain High School in Tulsa and Oklahoma State University. He married the love of his life, Martha, on Oct. 26, 1973. They lived in Tulsa for many years before moving to Oklahoma City in 2001. Â  The consummate tough guy, he survived polio as a child and had three knee replacements as an adult after suffering a serious injury in his first and only high school football game. He was a standout pitcher as a youth. Years after his playing career, a veteran umpire would ask his son after a baseball game, “Hey, are you Ronnie Pinson’s kid?” Â  His career at Interstate Bakeries, from 1977 to 2010, helped him develop an encyclopedic knowledge of seemingly every road and town in Oklahoma — knowledge that he’d often use to help out his wayward loved ones.Â  Â  He knew how to load a moving van or pickup to the hilt and could secure any load with a dazzling assortment of bungee cords and rope knots that would make you swear he was once either a sailor or a Boy Scout, though he was neither. Â  Ron loved to spend time with his family, and their summer road trips took them from coast to coast and from Texas to Canada.Â  Â  He enjoyed watching the Chicago Cubs, the OKC Thunder and his concert DVD of The Eagles, often alongside his cantankerous Chihuahua, Bella. He was adept at spoiling her and his grandpugs. Â  To the great surprise of his children, he embraced Facebook over the last year as he found a way to reunite with old friends. He maintained a page on the site dedicated to former classmates who had passed away. Sadly, he’s now joined that list, way too soon.Â  Â  He was preceded in death by his father, Odell, and his mother, Anna Mae. He is survived by his wife; his son and daughter-in-law, Travis and Ann; his daughter, Jenny; his mother-in-law, Jean Rowland; his stepfather, Jack Simpson; his brother, Ken; his sisters, Sharon Caldwell and Patty Kilgore; six nephews and one niece. Â  Services are at 10 a.m. today at Floral Haven Funeral Home Chapel in Broken Arrow.

Ronald Odell Pinson died Tuesday of a pulmonary embolism, a day after undergoing surgery. He was 61. Â  Ron was known for his generous spirit and seemed to derive more pleasure from helping others than from doing things for himself. When his... View Obituary & Service Information

The family of Ronald Odell Pinson created this Life Tributes page to make it easy to share your memories.