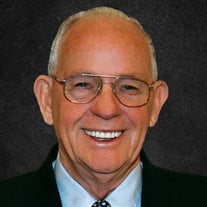 Pastor Jerry Zirkle completed his earthly assignment and transitioned to heaven on January 2, 2022, in Broken Arrow, Oklahoma. Ronald G. Zirkle, affectionately known by many as Jerry, was born on March 15, 1937, in Akron, Ohio, to parents Cecil and Ethel Zirkle. He is now reunited with his parents; his brothers Richard Zirkle, Donald Zirkle, Robert Zirkle, James Zirkle; and his sisters Thelma Caslow, Norma Nelson, and Cecil Pelt. Pastor Jerry leaves a deep love and a profound legacy of faith to his loving wife Linda; daughters Linda (Jeff) Mueller, Laura (Pastor John) Exum, Lisa (Keith) Montoya; his sons, Ronnie (Chrissy) Zirkle, Pastor Daniel (Jennifer) Zirkle; and his14 beloved grandchildren. Jerry committed his entire life to God in faithful ministry at home and abroad. He pioneered and pastored Living Water Teaching Church and Our Finest Hour Church in Broken Arrow, Oklahoma. His radio ministry as a psalmist spanned over 75 years, eventually reaching around the world through the Oasis Radio Network. He was a godly example of a man of God and a servant of Jesus Christ. Preaching, teaching, and singing the new creation realities was his passion. Untold thousands of lives were transformed by his teaching the uncompromised word of faith, his example of how to do it, and his unswerving commitment to Jesus Christ and His Word. Jerry truly fought a good fight, finished his course, and kept the faith (2 Timothy 4:7). Family and public visitation will be held at Floral Haven Funeral Home in Broken Arrow, Oklahoma on Thursday, January 6, from 3:00-6:00 p.m. A Memorial Service will be held at Our Finest Hour Church in Broken Arrow, Oklahoma on Sunday, January 9, at 3:30 p.m. with Pastors Dan Zirkle and John Exum officiating. In lieu of flowers, the family encourages contributions to Zirkle Ministries to honor Pastor Jerry’s legacy and to continue the ministry he so faithfully fulfilled. Jerry’s lifelong focus: That I may know him and the power of his resurrection (Phil. 3:10). Hallelujah! What a Savior!

Pastor Jerry Zirkle completed his earthly assignment and transitioned to heaven on January 2, 2022, in Broken Arrow, Oklahoma. Ronald G. Zirkle, affectionately known by many as Jerry, was born on March 15, 1937, in Akron, Ohio, to parents Cecil... View Obituary & Service Information

The family of Ronald "Jerry" Zirkle created this Life Tributes page to make it easy to share your memories.

Send flowers to the Zirkle family.