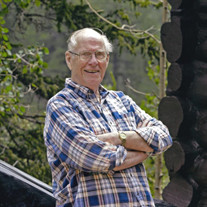 Roy Williams Jennings, 94, passed peacefully from death into life Friday, February 28th, 2020. Mr. Jennings finished his race surrounded by his family and stepped into the rich reward of a life well lived. Mr. Jennings modeled love expressed, excellence in character, resilience, and a bold exuberance for life. His natural propensity to see the best in each individual was and remains a contagious aspect of his legacy that lives on through his family. He met every single person with genuine enthusiasm for the encounter and considered himself blessed to be near them. He never met a stranger. A big smile lit his whole face every time he engaged with anyone no matter who they were. Mr. Jennings exemplified hard work and discipline, and he taught the men in his family old-school gentlemanly characteristics of honor, respect and manners. Likewise, he cherished, protected and honored each of the ladies in his family with the greatest of ease. He was the true example of a gentle giant. A Pioneer. A man’s man. He fought for our country, farmed the land and developed business. He served in leadership roles in his church community and kept his finger on the pulse of the state of the union. A well-rounded and wise leader, it seemed as though he lived these attributes effortlessly. He made it look easy. The defining motivation of his life was his all-consuming relationship with God and the resurrection and Lordship of Jesus Christ whom he proudly yet humbly proclaimed to everyone no matter where he was. He was so personally acquainted with God in his private life that it spilled over onto all who crossed his path. His uplifting excitement and zeal for life, for God and for his family and friends will be felt for generations to come. Roy Williams Jennings was a truly great man who will be missed and held in the highest regard by many! He is reunited in eternal life with his first wife, Nita Jennings and his daughter Jan Wyatt, his parents Frank and Freda Jennings, his sister Eleanor Jennings, and his brother Chuck Jennings. He is celebrated today by his wife June Jennings, daughter Shari Zimmerman and husband Terry, son Michael Jennings and wife Brenda, son-in-law Richard Wyatt and wife Carla, grandson Mark Jennings, granddaughter Melody Jennings, grandson Shane Jennings, granddaughter Michelle Jacobs and husband Allen, grandson John Wyatt and wife Christi, granddaughter Julie Riker and husband Josh, granddaughter Joy Chatys and husband Art, and granddaughter Allison Gilliland, and husband Rich, along with 13 great grandchildren plus spouses, 3 great, great grandchildren with more on the way, as well as extended family and friends.

The family of Roy Williams Jennings created this Life Tributes page to make it easy to share your memories.

Send flowers to the Jennings family.