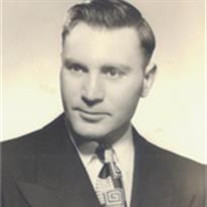 Dr. S. Norman Domenico Â  Norman Domenico passed away peacefully on March 27, 2011.Â  He was born on June 5, 1925 to John and Laura Domenico in Louisville, Colorado and was raised in Denver.Â  After two years in the Naval Air Force, he received a degree in Geophysical Engineering from the Colorado School of Mines in 1948, obtained a Master of Science in Geophysics from the California Institute of Technology and a Doctor of Science in Geophysics from the Colorado School of Mines.Â  While at Caltech, Norman was hired as a graduate assistant plotting the location of earthquakes for his renowned professor, Dr. Charles Richter.Â  After obtaining his doctorate in 1951, he was employed by Stanolind Oil and Gas Co. (later named Amoco) and worked there until his retirement in 1983.Â  While at Amoco, Norman was transferred to numerous locations throughout the country and Canada and eventually to Tulsa in 1965, where he became Geophysical Research Director.Â  His promotion to Chief Geophysicist in 1968 required much travel to company offices and invitations to data interpretation offices worldwide. In 1971 he became Director of Geophysical Research and ended his career with Amoco as Research Consultant. Normanâ??s achievements in his research are too numerous to mention and are well known in the geophysical community.Â  He was president of the Geophysical Society of Tulsa in 1971, was selected editor of the SEG journal Geophysics in 1977, and was invited to present research to the Peoples Republic of China in 1978, shortly after President Nixonâ??s visit. Norman was active for many of his working years as a recruiter of geophysicists at many U.S. and Canadian universities and was a visiting professor at the University of Oklahoma for several years before his retirement.Â  Â Â Â Â Â Â Â Â Â Â Â  After retirement, he taught courses on seismic exploration for Oil and Gas Consultants, Inc., which was a global experience with sessions in the U.S., Canada, England, India, Australia, Indonesia and Venezuela.Â  He was also a visiting professor in the Geophysics Department at Baylor University, and started his own company, Norshir Consultants, Inc.Â  After ceasing his teaching activities in 1991, he became fully retired, except for participation in SEG activities. Â Â Â Â Â Â Â Â Â Â Â  Norman was one of the lucky people who was able to work in the field that he truly loved, and was never driven by money or fame in his profession.Â  He would rather be remembered as an honest, kind man and loving husband and father.Â  Survived by his wife of 61 years, Shirley, daughters Debra Sullivan of Rogers, AR and Cheryl Bayouth and husband Philip of Tulsa, three grandsons, Christian Sullivan, Randy and Ryan Bayouth, four sisters and numerous nieces and nephews.Â  In lieu of flowers, memorial donations may be made in his honor to the charity of choice.

Dr. S. Norman Domenico Â  Norman Domenico passed away peacefully on March 27, 2011.Â  He was born on June 5, 1925 to John and Laura Domenico in Louisville, Colorado and was raised in Denver.Â  After two years in the Naval Air Force, he received... View Obituary & Service Information

The family of Samuel Norman Domenico created this Life Tributes page to make it easy to share your memories.