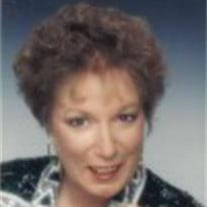 Kathy (Kathryn) Miller, 64, died July 23, 2011, at Jack C. Montgomery VA Hospital in Muskogee, Oklahoma after a long battle with cancer.Â  She was born March 26, 1947, at Dodge City, Kansas, the daughter of Lewis and Luella (Waugh) Heiney. She moved to the Tulsa area in 1972. Â  She was a veteran of the Air Force serving from 1973-1977 and was stationed at Minot AFB, ND and Rhein Main AFB in Frankfurt, Germany. She attended West High School in Wichita, Kansas, and had an Associates Degree in Tourism from Tulsa Community College. She had worked as a Medical Records Clerk at Morton Clinic, Tulsa, Oklahoma.Â  Â  She was a member of First Baptist Church in Broken Arrow, Oklahoma. She enjoyed floral arranging and had won several ribbons from her entries at the Tulsa State Fair. She recently had begun making beaded bracelets and enjoyed it when she was able to pass along one of her patriotic ones to a fellow female veteran.Â  She is survived by a daughter, Sarah Miller of Tulsa, Oklahoma; sister and brother-in-law, Marilou and Mike Helton of Broken Arrow; nephews Patrick and Christopher Helton also of Broken Arrow; aunts, Fern Cox of Ashland, Kansas and Opal Heiney of Hutchinson, Kansas, and other extended family members.Â  She was preceded in death by her parents; a sister, Evelyn; former husband, Glen Miller; grandparents; various aunts and uncles.Â  Â  Funeral services are scheduled for 10 a.m., Friday, July 29, at Floral Haven Funeral Home Chapel in Broken Arrow. Viewing will be Wednesday, 10 a.m. to 9 p.m. and Thursday, 9 a.m. to 9 p.m. Family will be receiving visitors Thursday, 6 p.m. – 8 p.m. at the funeral home. Pastor Nick Garland of First Baptist Church will be officiating. In lieu of flowers, memorials may be made to the Susan G. Komen Breast Cancer Foundation or the American Cancer Society. Floral Haven 918.252.2518

The family of Sarah Kathryn “Kathy” Miller created this Life Tributes page to make it easy to share your memories.