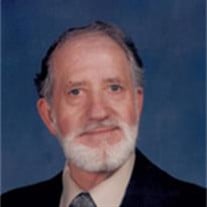 Seth Thomas â??Tomâ? Gay entered into rest January 24, 2011 in Jenks, Oklahoma, at the age of 82.Â Tom was born March 8, 1928 in Freedom, Oklahoma, to Maude Reily Gay and William Ellis Gay.Â Tom was preceded in death by his parents and three brothers, John Gay, Claude Gay and Edward Gay, and stillborn twin sisters.Â He is survived by his wife of 58 years, Barbara F. Gay.Â He also leaves daughter Marilyn E. Chenoweth, and husband Terry B. Chenoweth, of Mannford, Oklahoma, and daughter Christine D. Gay and husband, Roger A. Sels, of Anchorage, Alaska.Â Tom is also survived by granddaughter Leah M. Clare and husband, Michael J. Clare, three great grandchildren: Morgan, Shelbi and Jacob Clare, of Glenpool, and granddaughter Margaret C. Sels of Portland, Oregon, as well as his many beloved family and friends. Tom and Barbara made their home in Jenks for 38 years.Â  Tom joined United States Navy in August 22, 1946 and served his country as a Communications Specialist (Class A). Â He spent two years in Guam before serving his favorite assignment as part of the shake down cruise for the commissioning and maiden voyage of the USS Oriskany before leaving the service in August 21, 1951. Tom graduated from the University of Tulsa in 1956 with a Bachelors of Science in Geology.Â After his graduation from TU he joined the US Army Corps of Engineers in 1956 in Tulsa, Oklahoma.Â Tom began his thirty-five year career as a field geologist and retired as Chief Geologist at the Corps.Â Â Some of his many projects included overseeing the construction of the Port of Catoosa and the Kerr-McClellan Arkansas River Navigation system.Â He worked in Saudi Arabia for three years before he retired in 1985.Â  Tom enjoyed many things throughout his life including supporting his alma mater through the Golden Hurricane Club, hitting the golf course, fishing with his family, and traveling the world with his beloved wife.

Seth Thomas â??Tomâ? Gay entered into rest January 24, 2011 in Jenks, Oklahoma, at the age of 82.Â Tom was born March 8, 1928 in Freedom, Oklahoma, to Maude Reily Gay and William Ellis Gay.Â Tom was preceded in death by his parents and three... View Obituary & Service Information

The family of Seth Thomas Gay created this Life Tributes page to make it easy to share your memories.