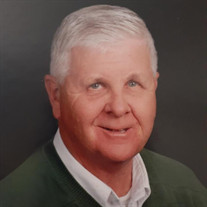 Ted Wan McDaris, born on December 3rd, 1949 in Tulsa, OK, left this world for God's Kingdom on August 5th, 2020. He was preceded in death by his Parents and 2 Older Brothers. He served 24 years in the United States Army as a Combat Engineer retiring with the Rank of First Sergeant. He served with the 199th Light Infantry Brigade in Vietnam where he was awarded the Bronze Star for Valor, the Purple Heart, and the Vietnamese Cross of Gallantry. Additional Awards are the Meritorious Service Medal with 2 Oak Leaf Clusters, Army Commendation Medal with 2 Oak Leaf Clusters, Army Achievement Medal with 1 Oak Leaf Clusters, Drill Sergeant Identification Badge, and numerous other Awards. Following his retirement from the United States Army, he served 24 years in Law Enforcement with Probation and Parole and as a Deputy with the Tulsa County Sheriff's Department. He was a Member of the Military Order of the Purple Heart, where he served in many positions, to include the Tulsa Chapter Commander. He was also a Member of American Legion Post 1 in Tulsa. He is survived by his wife, Kathi of Tulsa, Son's Parrish, Tim and John and their Wives Lindsey, Cassiddee, and Nikki. His Brother Matthew and his Sister In Law Kristi. and Nephew Gunnar. He is also survived by his Grandchildren, Kaden, Annabella, Campbell and Callahan. His Brother in Law Dr. Kevin Kilimann and Wife Kathy, and their children, his 3 Nephews, Zachary, Lukas, and Samuel and 2 Nieces, Shaye and Zoe. His Sister in Law Karen and her Husband Michael Manning, and their daughter, his Niece Becky and her Husband Colin, and their children. Ted enjoyed Hunting and Fishing along with Car Shows and Music, and spending time with his family and many Cousins. Ted would often listen to music his parents shared with him and his brothers. It reminded him of his parents, uncles, and aunts who endured the Great Depression and separations during World War II. His Father served in the Pacific Theater from 1942-1945 while his Mother at home with his 2 Older Brothers worked at Tulsa's Douglas Aircraft Plant. Forever Grateful of his familes' sacrifices and values instilled by family helped develop his life's mission: "Duty to God, Country, and Family , Honor your God, Country and Family, and Serve God, your Country and your Family." He believed his purpose as God intended was to serve and be part of something greater than one's self. He deeply believed that everyone should treat others as you would want them to treat you. And always held to his principles: Never lie, steal, cheat or tolerate those who do. Life is God's Gift to us, but his promise is everlasting life for those who accept him as their Lord and Savior. Ted asks that you not grieve for he is with God, Family, and Friends, Brothers lost in Vietnam, and his best little friend "Britches". May the Peace of the Lord be with you All until we meet again in Heaven! Webcasting of the service is available at the link below: http://webcast.funeralvue.com/events/viewer/34603/hash:A736EF629F480544

Ted Wan McDaris, born on December 3rd, 1949 in Tulsa, OK, left this world for God's Kingdom on August 5th, 2020. He was preceded in death by his Parents and 2 Older Brothers. He served 24 years in the United States Army as a Combat Engineer... View Obituary & Service Information

The family of Ted Wan McDaris created this Life Tributes page to make it easy to share your memories.

Send flowers to the McDaris family.