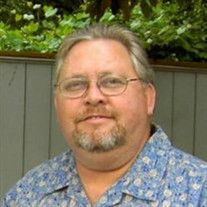 Terry Alan Tilford was born on 12/19/1952. Growing up in California and eventually moving to Florida, as his dad William Larue Tilford Sr. followed the nation's growing space program. Terry played football and graduated from Titusville High School in 1971, attending with his lifelong friends: Jeff, Butch, and Steve. He went on to proudly serve in the United States as a Navy Seal for 4 years and 7mo. while seeing the world. During his time in the service, he was awarded several medals; including a Purple Heart. He started his own excavating business, followed by an illustrious career in the structural steel industry, and was the catalyst for many large projects, including the Mall of America. Terry and Claudia, his beloved wife, lived in Oklahoma, where they made many friends and enjoyed his passion for motorcycles; riding on his Indian Motorcycle. Claudia’s family farm, in Colombia, felt like a spiritual second home to him. Terry was preceded in death by his father William Larue Tilford Sr. He is survived by his wife Claudia, sons Nick, (sig. Oliver); Sam, and daughter Sara, (sig. Frank). Mother Ardith, as well as siblings, nieces, nephews, and great-nieces and nephews who loved him dearly. He is to be cremated and laid to rest in both Titusville, FL, and Colombia. Celebration of Life Service will be 12:30 pm, Friday, April 29, 2022, at Floral Haven Funeral Home Chapel To view the service via webcasting use the link below: http://webcast.funeralvue.com/events/viewer/72810/hash:F86BC3D0FC54EBB4

The family of Terry Alan Tilford created this Life Tributes page to make it easy to share your memories.

Send flowers to the Tilford family.