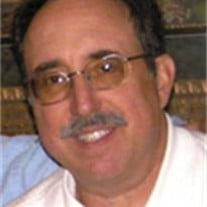 Thomas A. Beckmann, Jr., age 55, passed away at Methodist Hospital in Houston, Texas on Friday, June 29, 2012.Â Thomas was born in Queens, New York on November 17, 1956 to Thomas A. Beckmann, Sr. and Joanne Gillette Beckmann and was the oldest of 6 children.Â He is survived by his wife, Rolanda,Â children Jennifer and Brad Dillahunty of Tulsa, Chrissy and Michael Withrow of Broken Arrow, John Beckmann of Broken Arrow and Jordan Beckmann of Broken Arrow, grandchildren Aubrey Dillahunty, Beckmann Dillahunty and Madeline Withrow.Â He is also survived by his mother, Joanne Beckmann of Tulsa, and siblings, Joanne and Rob Peel of Oklahoma City, Pamela and Darren McBeth of Gresham, Oregon, Mary Distelhorst of Tulsa, Jim Beckmann of Newburg, Oregon and Michael and Chris Beckmann of Tulsa and 17 nieces and nephews. Â Â  Thomas graduated from John F. Kennedy High School in Somers, New York.Â Shortly after graduation Thomas and his family moved to Tulsa from Croton-on-Hudson where he attended Tulsa Junior College.Â He began a career in restaurant management with McDonaldâ??s.Â In 1987, Thomas went to work for the family business, Bolt Pak Company which was later renamed BPC Industries, Inc., and of which he later became President.Â After BPC was sold, Thomas went back into restaurant management, first at McDonaldâ??s and finally at Chick Fil A, before health issues forced him to retire.Â Thomas was an avid football and basketball fan, but OSU reigned supreme and he bled orange; he was so proud that his two oldest daughters are alumini of OSU with the hope that his youngest daughter will go to OSU in the fall.Â GO POKES!Â He loved his children and grandchildren with a passion.Â He was a real family man. He was a former member of Kiwanis of Tulsa and NACE.Â He is a member of Asbury United Methodist Church where his funeral will be held on Friday, July 6 at 1:00 p.m.Â Visitation will be at Floral Haven Funeral Home on Thursday from 4-7 p.m.Â In lieu of flowers, donations may be made in his memory to the American Heart Association.

Thomas A. Beckmann, Jr., age 55, passed away at Methodist Hospital in Houston, Texas on Friday, June 29, 2012.Â Thomas was born in Queens, New York on November 17, 1956 to Thomas A. Beckmann, Sr. and Joanne Gillette Beckmann and was the oldest... View Obituary & Service Information

The family of Thomas A. Beckmann Jr. created this Life Tributes page to make it easy to share your memories.

Thomas A. Beckmann, Jr., age 55, passed away at Methodist Hospital...