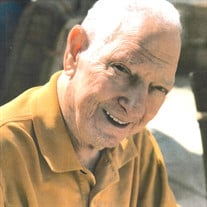 Thomas (Tom) was born on September 22, 1930, in Fort Scott, Kansas, to Thomas Peter and Margaret. As a young child his family moved from Fort Scott to Joplin, Missouri where he grew up with his parents and two older sisters. Tom lost his Father to an aneurysm and followed the events of World War II as a young teenager. Tom served in the Korean conflict in the US Army where he was stationed for part of his service at the DMZ. After having honorably served his country, Tom returned to Joplin and met the love of his life, Lou Ann Gamble who he married on December 29, 1956 in a union that lasted 61 years until her death in August 2018. Tom received his degree from Pittsburgh State in Accounting and later earned CPA credentials. Tom had a successful career and retired as Chief Financial Officer at Fenix and Sisson in Tulsa, Oklahoma. Tom always put the needs of his family ahead of his own, was a devoted Husband, Father, and Grandfather and a long-time member of Asbury Methodist Church. Tom was preceded in death by his Wife (Lou Ann Costello); parents (Thomas Peter and Margaret); as well as by sisters, Margarite Brown and Florence Berry. Tom is survived by his children, Kelly Pilkenton and husband, Brent, of Broken Arrow; and Mark Costello and his wife, Ruthanna of Ottawa, Kansas; grandchildren, Sean Pilkenton and his wife Whitney, Jennifer Costello and her husband Ben Chandler, Lindsay Findley and her husband Nate, Caira Law, Brandon Law, and Braden Costello. Tom was the youngest of three children and he is survived by six great grandchildren (Cooper, Grayson, Grant, Turner, Carter and Weston), and 22 nieces and nephews of which 4 have proceeded him in death. Tom, we will miss you and your unwavering support, your love of family, your selflessness in serving others, your sage advice, your warm, mischievous smile, and your devotion to God. Memorial gifts: In lieu of flowers the family requests donations be directed to Parkinson’s research via the Michael J Fox Foundation (link: https://tribute.michaeljfox.org/tribute-page.php?id=1986 or by calling 800-708-7644). Visitation will be 4-6 pm, Thursday, June 17, 2021 at Floral Haven Funeral Home. Celebration of Life Graveside Service will be 11:00 am, Friday June 18, 2021 at Floral Haven Memorial Gardens Veteran's Field of Honor Phase II

Thomas (Tom) was born on September 22, 1930, in Fort Scott, Kansas, to Thomas Peter and Margaret. As a young child his family moved from Fort Scott to Joplin, Missouri where he grew up with his parents and two older sisters. Tom lost his Father... View Obituary & Service Information

The family of Thomas Joseph Costello created this Life Tributes page to make it easy to share your memories.

Send flowers to the Costello family.