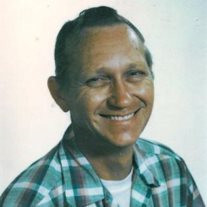 Thomas Roy Hopper left us on Friday morning, January 3Â¸ after a full life of 82 years. He was born in Goldfield, Iowa, on June 19, 1931 to George Franklin (Frank) Hopper and Rose Pearl Buck. After moving back to Oklahoma, he attended public schools in Stillwater, graduating from Stillwater High School in 1948. He did not attend graduation ceremonies, however, because he was on maneuvers with the naval reserve in Panama. Tommy served his country in military service from 1948-1952, first with the Army’s 82nd Airborne Division and then with the 7th Infantry Division, 31st Tank Company in the Korean Conflict. As part of the occupational forces in Japan he was among the first troops to enter South Korea at the beginning of the Korean War. Upon returning to the states, he married JoAnn McLaughlin in Stillwater on July 22, 1952. During their 30-year partnership, Tommy worked with General Dynamics Aerospace, Boeing and North American Rockwell. In 1966 he joined American Airlines as an aviation mechanic in Tulsa, retiring from AA in 1993. His hobbies included walking, metal detecting and international travel—the latter spurred by JoAnn during her life and after. He loved to watch any sport on television or listen on the radio (sometimes at the same time), all the while shelling pecans for himself and for giving to his family as gifts. He religiously read the newspaper and watched the local news, often making suggestions for what politicians needed to do. Tommy was quick to smile, and he would laugh and crinkle his eyes even though he tried not to. He showed the same happy grimace when he tasted lemon or anything sour. He loved to whistle popular songs, and he enjoyed a wide range of spicy foods. He had a friendly and welcoming expression and a strong handshake, and he was always ready to help anyone do just about anything. Tommy was the quintessential dad to Betty, Diane, and Jim. He was the kind of dad everyone wishes for. He was calm and fair, supportive and generous. And once his kids were up and out on their own, he extended his love and support to spouses, grandchildren, and great-grandchildren. Survived by his sister, Gladys Burkitt of Arvada, Colorado; daughters Elizabeth A. Bates of Tulsa and Diane M. Everman (Mike) of St. Louis, Missouri; son James F. Hopper (Nance) of Broken Arrow; 8 grandchildren; 3 great grandchildren. Preceded in death by his wife, JoAnn McLaughlin, and sister Carolyn Sullins. Visitation is scheduled for noon on Tuesday, January 7th (Floral Haven). Service to celebrate his life will be on Wednesday, January 8th at 12:30pm, Floral Haven, 6500 S. 129th E. Ave, Broken Arrow OK.

Thomas Roy Hopper left us on Friday morning, January 3Â¸ after a full life of 82 years. He was born in Goldfield, Iowa, on June 19, 1931 to George Franklin (Frank) Hopper and Rose Pearl Buck. After moving back to Oklahoma, he attended public... View Obituary & Service Information

The family of Thomas Roy Hopper created this Life Tributes page to make it easy to share your memories.