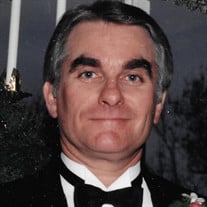 Vernon Kently Clark was born on October 25, 1952, in Coweta, Oklahoma to Robert Vernon Clark and Florence Nadine (Rogers) Clark. Kent lived east of Broken Arrow in the Oak Grove area his entire life and was a lifelong member and deacon of Oak Grove Pentecostal Church. Kent graduated from Broken Arrow High School in 1970. He married his high school sweetheart, Robin Pearson, in 1971. Kent worked with his father at Byron Jackson from 1970 to 1977, then worked as a pumper gauger at Sun Oil Refinery from 1978 until he retired in 2007. While working full-time at Sun Oil, he and his wife Robin also owned Jayne’s Flowers and Gifts in Broken Arrow. It was operated by several family members, and he loved working with his family. They operated Jayne’s Flowers off and on from 1986 to 2004. Once he retired from the refinery, Kent drove a special needs bus for Broken Arrow Public Schools from 2008 to 2012. Still retired (but not really), he worked with his brother Mike at Enovations Control until he was called away into paradise on Tuesday, August 11th 2020. Kent loved life and loved to laugh. He never met a stranger. He could strike up a conversation with anyone, and often did. His funny antics and banter could last for hours, and sometimes did. His family and friends describe him as someone who loved with his whole heart, and never met anyone he wouldn’t help. Kent put God and his family before everything else. He was patient and cared for everyone. The love of God shone so bright through this man, and his light could be seen from miles away. Kent is survived by his wife, Robin Clark, of the home; children, Vernon Kently (Bub) Clark and his wife Cathryn of Edmond and Kimberly Ann Clark Helm and husband Paul Matlock of Broken Arrow; grandchildren, Noah, Nicholas, and Victoria Helm of Broken Arrow and Eden Johnson Matlock of Owasso; sister, Verna Pitcock and her husband Ed of Broken Arrow; brother, Mike Clark and his wife Vicki of Broken Arrow. He is also survived by many nieces and nephews, extended family, and more friends than we could count. Kent was preceded in death by his parents, as well as several family members and friends. His laughter was truly contagious and his humor kept a smile on the faces of everyone around. He will be remembered for his undying love for his family, and his willingness to give the shirt off his back, or in one instance, his spare tire to a complete stranger alongside the road. Kent may not be here physically, but his memory and countless “dad jokes” will live on forever.

Vernon Kently Clark was born on October 25, 1952, in Coweta, Oklahoma to Robert Vernon Clark and Florence Nadine (Rogers) Clark. Kent lived east of Broken Arrow in the Oak Grove area his entire life and was a lifelong member and deacon of Oak... View Obituary & Service Information

The family of Vernon K. Clark created this Life Tributes page to make it easy to share your memories.

Send flowers to the Clark family.