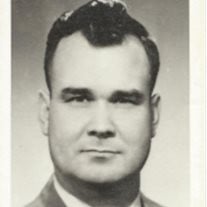 Vernon Paul Jr., 87 years old, died Thursday, February 14, 2013. Vernon was born January 9, 1926 in Fayette County, Fayette, Iowa. He attended Fayette County Country schools, and graduated in 1943 from Maynard High School, a few miles away. In 1952, he joined the Air Force and served as an Senior Jet Aircraft Mechanic because of his mechanical aptitude. He later attended Indiana Tech University graduating in 1959 with a Bachelors Degree in Design Aeronatical Engineering and later went on to receive his Masters of Science in Mechanical Engineering from Tulsa University in 1967. His two recognized areas of expertise wereworking on the Atlas Missile Program in Nebraska in the early 1960â??s, and working on the Apollo Space Program from Tulsa in the late 1960â??s. He retired from Rockwell Inc., in Tulsa, OK, in 1993, and began to enjoy making all kinds of woodworking projects including step-stools for church children, anniversary clocks, veteran flag cases, and other individual wood projects. He really enjoyed making things out of wood. Vernon grew up on an 120 acre farm in northeastern Iowa where he joined the 4H and joined in the family business of raising livestock and grains. At the age of 23, he met his first wife, Rita Louise Fauser, and they married and lived in the local area. At the age of 26, Vernon was approached by Uncle Sam and was drafted to duty. While still in service, his daughter Valerie Jane (Paul) Newsom was born. Four years later, after his four year term in service ended, son Gregory Alan Paul was born. Shortly after Greg was born, the family moved to Tulsa, Oklahoma and Vernon began his first tour of duty with Collins Radio. After five years with Collins Radio, Vernon served other positions outside of Oklahoma for fifteen years and returned back to Rockwell, Inc. a second time in 1982, when he moved to the Owasso, Oklahoma area. His first wife, Rita, succumbed to heart failure in 1988. In August of 1989 he met his second wife, Ann C Paul, at square dance lessons, and they married on February 10, 1990. They recently celebrated 23 years of marriage. Vernon is survived by wife Ann, of the home, and his two children: Greg Paul and wife Beth, of Keller, Texas; and Valerie Paul Newsom of Midland, Texas; and grandchildren Adam, and Andrew Paul, and Jake Newsom. His is also survived by step children Greg Fine of Dallas, Texas; Michael Fine of Buford, Georgia, and step granddaughter, Tierney Kathleen Tiller (Fine) of Marietta, Georgia. Memorial services were held at Floral Haven Funeral Home, in Broken Arrow, lead by Chaplain John Vanaman. Future services will be held in his home state of Iowa.

The family of Vernon Paul Jr. created this Life Tributes page to make it easy to share your memories.