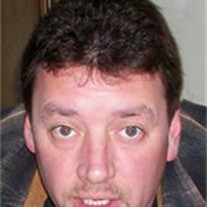 Services are to be held Monday April 9th, 2012 at 12:30 p.m.,at the Floral Haven Funeral Home Chapel.Â  Todd Burnett, 46, was born on August 25, 1965 in Fort Wayne, Indiana to Katherine and Joe Burnett.Â Raised in Jacksonville, Arkansas with his siblings Tanya Wilson, Tony Burnett, Teresa Haile and Tracy Gomez.Todd graduated from Jacksonville High School in 1984.Â He went on to Tulsa, Oklahoma where he attended Spartan School of Aeronautics and soon met the two loves of his life, Shelly and Alisha.Â After graduating with a degree in NDT, he began his career at DNV Industrial Services in Houston, Texas.Â In 1990, Shelly followed her husband-to-be to Augusta, Georgia where he became employed at Westinghouse Savannah River site.Â On June 21, 1991 when Todd and Shelly were married, Todd gained a daughter Alisha, mother-in-law Sandy, sister-in-law Stephanie (Kim), nephew Matthew, and niece Jordan.Â Shelly gained a mother-in-law Mary Katherine, father-in-law Joe, sisters-in-law Tanya (Dale), Teresa (Jeffers), Tracy, and brother-in-law Tony.Â Nephews Dale, Joshua Jeffers and T.J.Â Nieces Nicole W., Nicole B., Kellie, Erika, Sophia and Miranda.Â During his time in Georgia, Todd was a contractor for Raytheon Engineers and Constructors, Swain Distribution, and IESCO.In 1997 Todd accepted a job with GEA Rainey in Tulsa, Oklahoma, bringing his family back to where this love story all began.Â Purchasing their house in the spring of 2000, they decided Tulsa is the place they would call home.Todd became better known as â??PaPaâ? on October 4, 2005 when Alisha added to their family her son, Anthony Emmanuel Henry.Â Anthony quickly became PaPaâ??s world.Â Toddâ??s enjoyment of being outside rubbed off on Anthony.Â Whether it was playing on the swing set, golfing, going to the park or just sitting outside the QuikTrip eating hotdogs and people watching, these two were inseparable.Â He continued his career as a Field Quality Control Inspector with Globe X-Ray services until he went to John Zink in May 2011. In his free time he enjoyed golfing, fishing and rooting for his favorite teams the Arkansas Razorbacks and the Dallas Cowboys.Â However, he was happiest spending time with his family.

Services are to be held Monday April 9th, 2012 at 12:30 p.m.,at the Floral Haven Funeral Home Chapel.Â  Todd Burnett, 46, was born on August 25, 1965 in Fort Wayne, Indiana to Katherine and Joe Burnett.Â Raised in Jacksonville, Arkansas with... View Obituary & Service Information

The family of Warren Todd Burnett created this Life Tributes page to make it easy to share your memories.