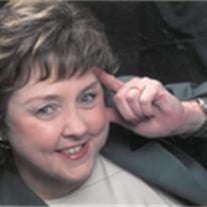 Wanilda â??Wendyâ? Reeder blessed this earth on August 31, 1944.Â  Wendy received her nickname from her friends because she loved to talk and connect with the people around her.Â  She lived her life giving her time, talents and love to her family, friends, many service organizations, and ministries at her church.Â Wendy had a passion for serving the needs of underserved children. Wendy entered into eternal life very quietly and peacefully with much love in her soul at 2:55 am on November 27, 2012 after a hard fought battle with lymphoma cancer.Â  Wendy grew up on a dairy farm with her brothers, Don and Wayne Stone, where her father and mother, Wilda and Jesse Stone, taught her about hard work and Christian values.Â  Her father believed that taking care of animals was a good source of learning responsibility.Â  So, Wendy raised and showed championship pigs.Â  Snowcrop, one of her main championship pigs, won many cash prizes which she saved and allowed her to make the down payment on her first home.Â  Wendy’s parents eventually sold the dairy and opened up a grocery store in Spencer, Ok.Â  They lived down the street from a boy named Larry Reeder.Â  Larry’s best friend, Wendy’s cousin Tom Miller, set Larry and Wendy up on a blind date and Larry says he has been blind by Wendyâ??s love ever since!Â Â They went to the Elvis movie “Love Me Tender” and they became enamored of each other from that day forward.Â  The song from the movie became their song which expressed their love and defined their relationship.Â  Larry and Wendy married on April 21st, 1962. Â As a young married couple, they did not have anything but each other.Â  Wendy helped Larry get through college and receive his degree.Â  Wendy retired after 32 years of service with GMAC where she advanced to the position of dealer relations manager.Â Wendy and Larry through their marriage sacrificed for one another out of love and appreciation.Â  They had many cherished moments together were they frequently hiked in the Swiss, France, and Austria Alphs.Â Â Wendy truly loved her two wonderful sons, Scott and Chris, and her daughter-in-laws, Mechell and Staci, who blessed her with 6 wonderful grandchildren.Â  A celebration of life and memorial service is to be held at Southern Hills United Methodist Church, 6160 S Lewis Ave., on Monday, December 3rd, 2012 at 10 am.Â  Flowers may be sent to either Southern Hills UMC or to Larry Reederâ??s home.Â  Memorial gifts may be sent to the organizations and projects that Wendy treasured:Â  Assistance League of Tulsa, American Cancer Society, and Project Transformation in care of Southern Hills United Methodist Church.

Wanilda â??Wendyâ? Reeder blessed this earth on August 31, 1944.Â  Wendy received her nickname from her friends because she loved to talk and connect with the people around her.Â  She lived her life giving her time, talents and love to her... View Obituary & Service Information

The family of Wendy R. Reeder created this Life Tributes page to make it easy to share your memories.