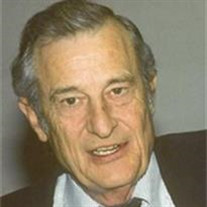 William Lane Bledsoe known as â??Daddy Bâ? passed away March 1stÂ Â 2012 in the hospital with his daughter Kathryn by his side and his side kick Butch Clyma nearby. He was bornÂ August 18, 1932 to Cecil and Mary Inez (Wolfkill) Bledsoe. He was a high school graduate of Jay Oklahoma class of 1950. Bill felt blessed to have been to several â??outstandingâ? colleges.Â He received an associates in Arts at Northeastern Oklahoma Agriculture and a bachelors degree at Northeastern State College He attendaned the University of Oklahoma and the University of Minnesota. He served in the Army as a corporal and was proud to do so. He felt blessed to stationed in France. â??Not bad for a boy from Jay Oklahoma to see the world.â? Bill was the Superintendent of Lakeside Home and the Director of the Juvenile Bureau of the District Court for Tulsa County. He had several passions in life God, people, teens that needed love, books, his friends that he felt were family, his amazing grandchildren, fishing, and travel. Dad has been in several countries and to every state in the US. except for Hawaii. It was on our list of places to see together. In the time that we spent together in the hospital we spoke about a wonderful life of love, travel, and people who touched him.Â I let him know that he too had touched so many lives. He was the recipient of several awards including the Humanitarian Award for the State of Oklahoma. Dad was preceded in death by the love of his life Memory Ann Clark Bledsoe, his daughter Memory Bledsoe, and his son William Mark Bledsoe.He leaves behind his daughter Kathryn Lane Kostelnick, his daughter-in-law Kimberlee Williams, and three beloved grand children Derek and Karissa Kostelnick, Grace Bledsoe, and his sister Shirley Potts, brothers Lee and Ernest Bledsoe. Plus nieces and nephews. Â He always had room in his heart to love people. He will be known for his cleverness, kindness, and wit. Graveside Ceremony: Tuesday March 06, 2012, 1 p.m. at Floral Haven Memorial Gardens. Memorial Service: Tuesday March 06, 2012, 2 p.m. at Garnett Church of Christ Donations may be made to The Garnett Church of Christ Youth ministry

William Lane Bledsoe known as â??Daddy Bâ? passed away March 1stÂ Â 2012 in the hospital with his daughter Kathryn by his side and his side kick Butch Clyma nearby. He was bornÂ August 18, 1932 to Cecil and Mary Inez (Wolfkill) Bledsoe. He... View Obituary & Service Information

The family of William Lane. Bledsoe created this Life Tributes page to make it easy to share your memories.