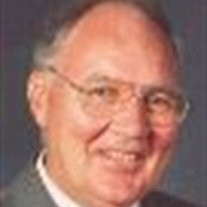 William “Russ” Colbeck Born to James and Florence Colbeck on July 5 1929 in Philadelphia PA. He joined his brothers Harry, James and a sister Helen. They lived in Haddenfield NJ. My dad was an accomplished swimmer and won many metals for his high school ,as well as setting a record in the breast stroke that only recently was broke. Dad was in the Air Force during the Korean war, but fortunately stayed state side in a base camp in the Texas panhandle. Dad attended Spartan School of Aeronautics 1953-4 and graduated with a Flight Engineer Degree to later be hired by Pan Am. Dad married Betty L. Key in Tulsa and moved to Commack NY to start their family and dad’s career was based at JFK airport. Our father was a gentle soft spoken loving man. As a family we played many board games, swimming at the beach or our pool. We camped often throughout the USA – camping at Mantauk NY at Hither Hills was probably the best camping we did- right on the beach. Dad was a self made man always wanting to learn, always stretching himself. We never had to call anyone in to fix anything- if it was broke dad could fix it, if he wanted to build anything all he did was figure the details out and build it. Dad was a detail man- perfectionism was his game, annoying at times for those around him, but that was in his DNA. He never did anything “half____” all or nothing. If he hung a picture the ruler came out and measurements made– down to a fractional inch. Being an Engineer their was never a gray area it was black or white! Dad loved his family and always endeared us with a kiss “be careful driving”. He went to great lengthens to help each of his children- whether it was to build a porch or fix a car or help in a move- Daddy was there. He loved his wife dearly and worried about her constantly! Daddy was a honest,loving,caring person and rarely had a bad word to say about people. We are thankful for God’s love in giving us Russ Colbeck to be my mom’s husband and our dad! Parkinson’s took my dad’s body slowly, but it didn’t take his spirit, sense of humor, his love. Thankful that he is no longer suffering from the effects of Parkinson, but healed enjoying the joy of a whole body with our Heavenly Father!He leaves behind: â?¢ a sister/spouse that he loved ~ Helen & Chas Stanley of Rutland VT â?¢ a loving wife Betty L Colbeck of Tulsa OK â?¢ Three Daughters/spouses Deborah & Gary Liebig of Broken Arrow OK Michele & Steve Bloomer of Columbus IN Denise & Eric Trafas of Lakewood CO â?¢ A Son/spouse Doug & Maite Colbeck of Austin TXGrandchildren: Shane (his wife Heather) Liebig, Sara & Jason Bloomer, Alex,Harrision & Will Trafas, Chandler & Noah Colbeck, step grandchildren- Traci Skinner, Ruben & Daniela Bustillos Great Grandchildren: Micah & Daryn Liebig, Jayden & Nate SkinnerMany nephews/nieces and friends— especially his second home family the staff the the Claremore VA Nursing CenterDonations can be made in honor of Russ Colbeck to : Fellowship Lutheran Church Tulsa Ok and/or Michael J Fox foundation for a Parkinson’s cure

William &#8220;Russ&#8221; Colbeck Born to James and Florence Colbeck on July 5 1929 in Philadelphia PA. He joined his brothers Harry, James and a sister Helen. They lived in Haddenfield NJ. My dad was an accomplished swimmer and won many metals... View Obituary & Service Information

The family of William R. Colbeck created this Life Tributes page to make it easy to share your memories.

William “Russ” Colbeck Born to James and Florence Colbeck on...