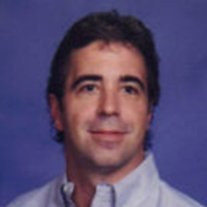 William (“Duke”) Sterling Bennett (October 10, 1961 – January 4, 2014) William (“Duke”) Sterling Bennett, 52, of Tulsa, Oklahoma, passed on January 4, 2014. Duke was born October 10, 1961, in Durant, Oklahoma, to Charles DeMille Bennett and Sandra Jann Condry Bennett. A younger brother, Charles DeMille Bennett, Jr., soon followed. The boys lost their mother to illness at a young age. Duke graduated from Alva High School and received a Bachelor of Science in Petroleum Engineering from the University of Tulsa. Here, he met his future wife and fellow engineer, Margaret Susan Millikin. The pair married in 1985 and later gave birth to a daughter, Sandra Elizabeth Bennett, in 1989. Duke was a licensed professional engineer in over 30 states and has worked overseas as far as Pakistan. At the time of his passing, he was Vice President of Pipelines for QPS Engineering. He was respected and admired by his coworkers, who enjoyed his generous nature and wonderful sense of humor. He is survived by his daughter, Sandra; his brother, Chuck; and his father, Charlie. We all are comforted knowing that Duke is, at last, at peace with his beloved mother. In lieu of flowers please donate to ASPCA or TSPCA.

The family of William “Duke” Sterling Bennett created this Life Tributes page to make it easy to share your memories.