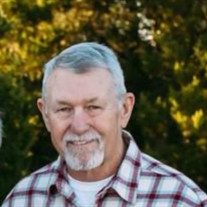 Carl Adair Long, Jr. age 70, of Broken Arrow, passed away May 19, 2021 at his residence surrounded by his family. He was born in Ft. Worth, TX on December 18, 1950 to Carl and Joyce Long. They moved to Tulsa, OK in approx 1953. Where he attended school and graduated in 1969 from McClain High School. After high school, he was drafted into the Army where he served in Germany. He later became a Tulsa firefighter and retired after 29 years of service. He was a long time member of FBC Broken Arrow and later Life Church. Carl was a man of integrity, strength, pride, and wisdom. If you knew him, you know you could count on him for anything. He enjoyed fishing, hunting, and watching any of the grandkids’ activities. He was preceded in death by his parents and brother, David Long. Carl is survived by his wife of 40 years, Patricia, daughter, Jennifer and Larry Wright of Rockwall, TX; daughter Lindsey and Evan Bates of Broken Arrow, OK and 5 grandchildren - Casey and Lauren Wright, Jake Wright, Shelby Wright, Cooper Bates and Briley Bates. The service will be held at Life Church South Broken Arrow at 1:00 pm on Monday, May 24, 2021 followed by a graveside Service at Floral Haven Cemetery. Donations can be made in memory of Carl to Hydrants of Hope.

The family of Carl A. Long Jr created this Life Tributes page to make it easy to share your memories.

Send flowers to the Long family.