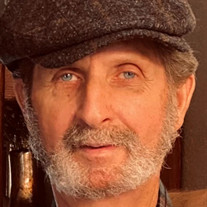 IN LOVING MEMORY OF PASTOR CHARLES O. CLERE Charles Orville Clere came into this world on December 31, 1942, in Baltimore, Maryland to the late Peggy Potter Clere and Pastor Charles Leonard Clere. He made his triumphant transition to glory on May 3, 2022, with his eyes looking toward Heaven. Assuredly, the angels rejoiced at his arrival. Charles grew up in Flatwoods, Kentucky until his last year of high school, when his family moved to Marion, Ohio so his father could begin ministry at the Pentecostal Church of God. Shortly thereafter, he met and married the love of his life, the late Mrs. Anna Mae Clere, on May 12, 1961. The two remained married until her death in March of 2002, just shy of 41 years. From this union, four sons and one daughter were born: Michael, Matthew, Lee (Brad), Charles (David), and Mari Ann. Charles had a quirky sense of humor and liked to give some of his children funny, alternate names; so you may know them as Mike, Fatman, Bill, Leroy, and Myrtle. In addition, he was blessed with 20 grandchildren: Candace, Carlos (Airiono), Charles (Forest), Benjamin (Tyler), Niko, Samantha, Jacob, Connor, Miah, Caleb, Scott, Savannah, Eli, Rachel, Hannah, Jehoshua (Josh), Hannah, Tyler, Braeden, and Nicholas (Nick) and 10 great-grandchildren who will cherish his memory. He remained close to Anna Mae’s devoted family, The Sparks Family, until his death. Charles is survived by his sister, Myra, and his brothers, Carl and Edwin. He is also survived by his loving companion and long-time friend, Patricia Deramo, who had a very special relationship with Charles for many years until his death. He was preceded by his mother and father, his beautiful wife Anna Mae, his brother Norman, and his two grandsons, Charles (Forest) and Caleb, and we know they were all there to meet and guide Charles when God called him home. He will, also, be fondly remembered by his many nieces and nephews, extended family, and friends. Charles served God as a Pastor to countless people. He knew that he would become a Pastor, just like his father, since he was a young teenager. Like his father, Charles would travel to churches to help when they needed a Pastor for their youth ministries or their congregations. He and Anna Mae traveled to Arizona, Ohio and finally Oklahoma spreading the Word of God and saving souls along their travels. He trusted God completely and listened daily for His instructions. He was selfless, compassionate, and lived to please God and take care of His congregation. Charles, like his father, was the epitome of what anyone would want in a Pastor. He was a great example of a man that followed God, and there is no doubt his legacy followed him to Heaven where he is now worshipping with the angels around God’s throne. Charles was also known as an extremely funny and kind man. He always had a smile, a chuckle, and a pocketful of printed-out jokes, ready at all times. His siblings say that he was so much like his father. He never met a stranger he didn’t like and when he wasn’t trying to make you laugh, he was trying to fill you with the Word of God. Like his father, he would create a jingle with your name in it and sing it every time he saw you. He had a sweet tooth the size of his heart and knew his favorite pie recipes off the top of his head. He had his favorite game shows, that he would not miss, and his favorite feel-good TV shows that he would watch re-runs of over and over, no matter how many times he’d seen them before. His favorite hobby was shopping at thrift stores for clothes and books, and he loved to tell stories about all the treasures he’d find. He was the most amazing son, brother, uncle, husband, father, grandfather, companion, and friend. We were all on his prayer list, even without request, because he spoke to God about everyone he met and loved. We were all blessed to know him and we are happy that he has finally made it home. The visitation will be 3:00 PM to 6:00 PM, Thursday, May 12th, at Floral Haven Funeral Home. The funeral service will be 10:30 AM, Friday, May 13th, at World Outreach Church, Tulsa with the committal service to follow at Floral Haven Memorial Gardens

IN LOVING MEMORY OF PASTOR CHARLES O. CLERE Charles Orville Clere came into this world on December 31, 1942, in Baltimore, Maryland to the late Peggy Potter Clere and Pastor Charles Leonard Clere. He made his triumphant transition to glory... View Obituary & Service Information

The family of Charles Orville Clere created this Life Tributes page to make it easy to share your memories.

Send flowers to the Clere family.