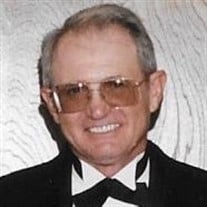 Charles “Charlie” Lee Western was born October 28, 1945, in Hickory Ridge, Arkansas. He was the oldest son of Cathlene Bernice (Walls) Western and Charlie Grant Western. When Charles was a young child in Arkansas, the family lived in a one room house with no water or indoor plumbing, so they had an outhouse. His family grew rice during their time in Arkansas. Charles’ family moved from Arkansas to Bartlesville, Oklahoma, when he was around 9 years old. The family’s first house in Bartlesville was a shotgun house and was the first time they had indoor plumbing. When Charles started his new school after moving, he was the only child in his class wearing flour sack clothes. However, as soon as the family had enough money they purchased Charles clothes that were like his peers, which made him feel more confident at his new school. Charles graduated high school from Col-High School. During his high school years, he was in a band and he also had a job at the local grocery store. After completing high school, he attended Okmulgee Tech obtaining an Architectural Drafting degree. His first job after college was Cities Service Oil Company in Tulsa, Oklahoma. Charles met Jane Dagley in 1963, after Jane’s family moved to Bartlesville from Evansville, Indiana. Charles and Jane dated on and off for the next several years. During the later years Charles and Jane were dating, he joined the Army Reserves during the Vietnam War; was a “Weekend Warrior,” which is what they called themselves. Charles and Jane finally married on June 14, 1969. In 1973, Charles and Jane moved to Montgomery, Alabama, where Charles joined Chambles and Payne Architectural Company. Charles and Jane decided to start their family with Jennifer Anne Western being born in 1974, followed by Stephanie Lynn Western in 1976. The family moved back to Oklahoma in 1977, where he went back to work for Cities Service Oil Company. Soon after, the family purchased land, in Sand Springs where Charles built their house. After working for Cities Service Oil Company, he was self-employed for a time working some odd and end jobs, in addition to working for various companies. Eventually, he started working for Helmerich and Payne, which he worked for several years. Charles would often work doing multiple jobs for the same company because he would sometimes become easily bored doing just one job. As the children grew the family acquired horses from a daycare center owner in Tulsa. Before and after acquiring horses, Charles learned to build fences, barns, and bale hay for the horses. He accomplished all of this while continuing to work as a Draftsman. As his girls got older and more involved in 4-H and other horse organizations, he ending up spending many weekends at horse events. Through all of the horse activities he ended up expanding his network of horse people needing hay and/or bailing services. He ended up falling in love with bailing hay every summer, even though is it one of the hardest jobs. In fact, the biggest ask of his doctor was to fix him up enough to drive his tractor. In his “semi-retirement” years, he worked for Advanced Auto Parts for as long as he could. He restarted singing and playing his guitar, with friends, throughout Oklahoma, playing Country Western music, and occasionally dancing to other bands. And, of course, bailing hay, in addition to finding other reasons to work while on his tractor. The family is requiring masks to be worn at all times during the service. A memorial service will be held on Saturday, October 16, 2021, at 12:30 PM at Floral Haven Funeral Home. Webcasting is available at the following link: https://webcast.funeralvue.com/events/viewer/62282/hash:9DFBA47FBB3CE1EE

Charles &#8220;Charlie&#8221; Lee Western was born October 28, 1945, in Hickory Ridge, Arkansas. He was the oldest son of Cathlene Bernice (Walls) Western and Charlie Grant Western. When Charles was a young child in Arkansas, the family lived... View Obituary & Service Information

The family of Charles Lee Western created this Life Tributes page to make it easy to share your memories.

Send flowers to the Western family.