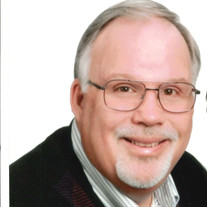 Dale Leroy Bishop, 67, of Broken Arrow, OK passed peacefully on February 8, 2020, with his wife at his side. He was born May 30, 1952 in Fort Smith, AR, to Carol and Glenna Bishop. Dale grew up in Tulsa, OK and graduated from McLain High School in 1970. He excelled in football, baseball and track while in high school. He continued his interest and involvement of sports playing softball on the Oklahoma Natural Gas softball league and the company bowling leagues. Dale accepted the Lord and was baptized as a young child at Golden Hills Baptist Church in Tulsa. He continued his commitment to his Lord and Savior till he breathed his last breath. He was a man that attended church every Sunday and led his own children to the Lord. Dale was a man of God that lived his life with honesty, high integrity and as an all around nice guy. He continued to be an outstanding hard working individual even through this last year battling cancer. He continued to have that easy, laid back spirit even at the end when he told his family he wanted to go home to see his Jesus. Dale enjoyed teaching Sunday school, building props for church programs and his children's marching band. He enjoyed being a band parent of the Pride of Broken Arrow, and their respective college bands. If his children needed to complete a school project, he was the go-to man. He was very gifted and a jack - of - all trades and he could fix anything. Dale was a very devoted and loving husband and father. He cherished his time with his children and grandchildren. He will be greatly missed by all who knew and loved him. Dale held only two jobs in his 67 years. He worked for Fred Jones Lincoln Mercury dealership in Tulsa for seven years following his high school graduation. On November 7, 1977, Dale embarked on a 43 year career at Oklahoma Natural Gas in Tulsa until his passing. He started out as a meter reader jumping fences and dodging vicious canines. He progressed through the years to his final position as Senior Claims Representative. Dale was a Licensed Oklahoma Insurance Adjuster. He also assisted in fire and explosion investigations. He was a member of Oklahoma Chapter of the International Association of Arson Investigators. He is preceded in death by his parents. He is survived by his loving wife of 41 years, Sheila Bishop, of the home; daughter, Sarah Bishop Whited and husband, Donnie of Nixa, MO; daughter, Deanna Bishop Sanborn and husband, Capt. Aaron of Fort Meade, MD, and 5 incredible grandchildren including twins; sister Gail Eastridge (Duane) of Claremore, OK and brother Robert Bishop (Cathy) of Midwest City, OK and numerous other family members and friends also survive him. Family will receive friends from 5-7:30PM, on Friday, February 14th at Floral Haven Funeral Home. Funeral Services will be held 1PM, Saturday, February 15, at First Baptist Church of Broken Arrow. In lieu of flowers, donations can be made to Arms Around Broken Arrow. http://armsaroundba.org/ 700 West Ft. Worth Street Broken Arrow, OK 74012 918.258.7714

Dale Leroy Bishop, 67, of Broken Arrow, OK passed peacefully on February 8, 2020, with his wife at his side. He was born May 30, 1952 in Fort Smith, AR, to Carol and Glenna Bishop. Dale grew up in Tulsa, OK and graduated from McLain High School... View Obituary & Service Information

The family of Dale Bishop created this Life Tributes page to make it easy to share your memories.

Send flowers to the Bishop family.