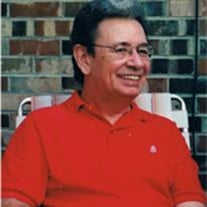 Tony Twist was an entertainer.Â  He had the looks. He had the talent. He had the name.Â  Tall, dark, handsome.Â  Musician, songwriter, singer, bandleader.Â  A bright-lights, made-for-marquee name.Â Â Tony Twist was the complete package. He was a Tulsa headliner who took his act across the country and across the ocean. His voice could set, and sustain, a mood.Â  He could command a keyboard to respond to his every emotion. His gift was as real as the man who shared it with a generation.Â  He was born to entertain.Â  And he did.Â Â Even before his graduation from Tulsaâ??s Webster High School in 1961, Tony was playing the local clubs and making a name.Â  Within a couple of years, he teamed up with a fellow singer-musician who would go on to dizzying heights. Tony Twist and Charles Daniels formed a duo that first pulled crowds to the new Fondalite club in Tulsa in the early-â??60s. Anthony and Charles were a major attraction in Tulsa, putting the Fondalite on the entertainment map and paving the way onto a regional circuit.Â  When Charles Daniels decided to become Charlie Daniels and move into the country field, Tony Twist remained on the pop scene with a band, the Paragons, that became even bigger and even hotter, making waves nationally with the hit single â??Will You Love Me Tomorrow?â?Â  Eventually, Tony fronted a number of other bands, mostly with his name in front, and opened for the likes of Dionne Warwick, the Mills Brothers, Loretta Lynn and George Jones.Â  Tony Twist, born in Tulsa on Oct. 31, 1941, died on Sept. 24 in Claremore following a lengthy illness. Services are scheduled for 12:30 p.m., Friday at Floral Haven Memorial Chapel in Broken Arrow.Â  Tony performed in every state, and toured Canada and Europe, playing keyboard and singing the songs he wrote, covering the songs of others. An expressive musician who settled for nothing less than perfection, Tony performed with a variety of musical giants, ranging from the Righteous Brothers and Little Richard to Ike and Tina Turner and the Temptations. He backed up the Four Tops, and Ray Stevens, and Charlie Rich, and Marilyn McCoo and Billy Davis. He did it with style, with precision, with polish.Â  From the cut of his clothing to the width of his smile, from the pitch in his voice to the magic in his fingers, Tony Twist was every bit the professional, every bit the entertainer.Â  But he was not aloof. He was down-home and friendly.Â  His smile was warming and genuine. His voice was rich and reassuring. His demeanor was easy-going and approachable.Â  To the members of his ensemble, though, he could be demanding. Yet he did not demand of his band what he did not deliver of himself. He might have appeared a quiet presence on the bandstand, but there was no doubt who was in charge.Â  Although his life was rooted in music, Tony had a second passion that never waned. Tony Twist knew how to turn a phrase, whether it was in the 80 or so songs he published, or in the books he authored.Â  In 2000, Tony published a Western novel, â??Duganâ??s Luck,â? drawing upon his Cherokee heritage. He had two more novels unpublished.Â  He approached writing in much the same manner as he approached music and life. Skillfully, artfully, lovingly.Â  He wrote lyrics of love and romance with a simple, plain and knowing touch, burnished by melodies that could awaken the emotions. â??Duganâ??s Luckâ? followed the same prescription. He painted a diorama of the gold-mining boom in Colorado with his words, capturing the rough-and-tumble times with the know-how of a prospector.Â  Tony Twist was more than a musician. More than a writer. More than an entertainer.Â  Tony Twist was Tulsaâ??s Renaissance man. A man for all seasons. A man for all purpose.Â  Tonyâ??s ultimate dream was fulfilled when became married to Linda Twist.Â  This dream came with the blessing he had always wanted, two beloved boys that found two incredible wives.Â  That blessing multiplied with four amazing grandkids that Tony worshipped.Â  The reward of being a family man was beyond anything he ever done.Â  â??Iâ??ve been so blessed Lord.â?Â  Tony was preceded in death by his father, Kuroki Twist, and a sister, Sharon Twist.Â Â  Tony is survived by his wife, Linda, of Claremore; his mother, Ruth Twist, of Tulsa; a brother, Bill Twist, and his wife, Shirley, of Garland Texas; a sister, Kay Twist, of Tulsa; a special sister, Fern Mundy, of Tulsa; sons Scott Manley, and his wife, Dawn, of Chouteau, and Steven Twist, and his wife, Christy, of Roanoke, Texas, and four grandchildren. Also surviving are adored nieces and a nephew.

Tony Twist was an entertainer.Â  He had the looks. He had the talent. He had the name.Â  Tall, dark, handsome.Â  Musician, songwriter, singer, bandleader.Â  A bright-lights, made-for-marquee name.Â Â Tony Twist was the complete package. He was... View Obituary & Service Information

The family of David “Tony” Toneat Twist created this Life Tributes page to make it easy to share your memories.