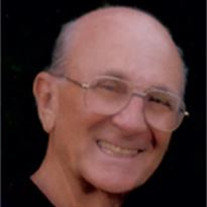 Edward Thomas Cline December 1, 1922 â?? November 3, 2010 Â  Edward Thomas Cline was born December 1, 1922, in Paducah, Kentucky, to Mark Edward and Violet Ruthers Bass Cline. Shortly after his birth, the family relocated to Memphis, Tennessee, where he grew up. He met and married Jean Bailey in 1946, after returning from World War II.Â  They made their home in Memphis, raising their four children. Â In 1986, he and Jean moved to the Tulsa area to be closer to their children, who lived in Oklahoma and Texas. Ed was a decorated Staff Sergeant in World War II, where he served as a gunner on a bomber stationed in England. After receiving an Honorable Discharge from the Army Air Corps, he was employed as a locomotive engineer for the Illinois Central Railroad, where he faithfully worked for forty-four years before retiring.Â  He also served as local chairman of the Brotherhood of Locomotive Engineers for many years. Â Ed was devoted to his family and church, serving as a deacon and elder for many years. He enjoyed being a hunter, a fisherman, a handyman, and a gardener.Â  HisÂ  â??World Classâ? tomatoes were enjoyed by all as he generously shared them with many friends and neighbors. Ed is remembered best as always being the first one to volunteer for any project where his many skills were needed. He was preceded in death by his loving wife of fifty-eight years, Jean Ellen Bailey Cline and his only brother Raymond. He is survived by his sister Martha, along with his four children, Peggy, Mark, Trudy and Bruce.Â  His ten grandchildren and seven great-grandchildren affectionately called him â??Grandaddy.â?Â  He lived a very long and rich life, full of blessings. A celebration of life service will be held on Saturday, November 6, 2010, 2:00 PM at the Christian Chapel Church in Tulsa, Oklahoma. Interment will follow at Floral Haven Memorial Gardens in Broken Arrow, Oklahoma.

The family of Edward Thomas Cline created this Life Tributes page to make it easy to share your memories.