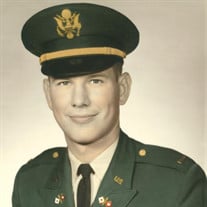 James “Carlton” Dean Born: March 28, 1943 in Pine Bluff Arkansas Born again: Spring of 1965 accepted Christ as his SaviorMarried: December 19, 1965 to Barbara Williams Son Darryl born: May 9, 1968 in Ft, Benning, Georgia Twins Eric and Tina born: January 5 and January 6, 1971 in Kaiserslautern and Landstuhl, Germany Jesus came for him: June 14, 2020 Tulsa, Oklahoma Carlton was the oldest of 6 kids and grew up as a military brat. He graduated fromDollarway High School in Pine Bluff where he lettered in Track, Basketball and Football. He went to Arkansas Tech where he met Barbara and sold his text books before his exams to buy her an engagement ring. He proposed at the ROTC Ball. They married in Harrison, Arkansas in 1965. Upongraduation he enlisted in the US Army. They moved to Georgia where Darryl was born. 6 months later he was deployed to Vietnam. He served there for 1 year and 1 day. He served in many locations including 3 years in Germany where the twins were born. After his service as Captain in the US Army he chose to raise his family in Tulsa, Oklahoma where he became a Contract Computer Programmer for various companies until retiring in 2010. Carlton was a Deacon at Memorial Baptist church and served in various capacities. His Memorial Men’s group held a special place in his heart. He loved to study and was a life long learner. He could beat anyone in Trivial Pursuit. He enjoyed cruises, watching westerns and reading. He was a Dallas Cowboys fan (Not a fair weather fan- like a lot of you) “Pops” loved his grand-daughters Alexis and Savannah more than anything and had hoped to make it to November to welcome Savannah’s fiancé, Harrison Klein, into the family. Carlton loved Jesus, his family and his country, so it is fitting that he left this land on Flag Day. Greeting him in Heaven were his parents Norvin and Virginia Dean, his sister Linda Rettig and his brotherKenneth Dean. He is survived by: His bride of 54 1/2 years, Barbara Dean. Darryl and Andrea Dean of Tulsa Eric Dean of Tulsa. Mark and Tina (Dean) Saczek and 2 adored grand-daughters Savannah and Alexis Saczek of Tyler, Texas Mike and Dodie Dean of Heavener, Oklahoma Terry Dean of Lynnwood, WashingtonJerry Dean of Lynnwood, Washington

The family of James Carlton Dean created this Life Tributes page to make it easy to share your memories.

Send flowers to the Dean family.