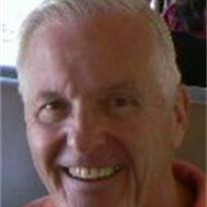 James Craig Kendall (Coach Kendall), 66 of Tulsa passed from this life on March 13, 2010 in Owasso, Oklahoma. He was born on February 9, 1944 in Chicago, Illinois.Â Craig graduated from Oak Park-River Forest High School in 1962 and went on to earn his BS in 1968 and MS in 1981 in Industrial Education and Technology from Pittsburg State University in Pittsburg, Kansas. He married Rita (Curry) Kendall on April 5, 1969 in the United Methodist Church, Delavan, Wisconsin. CraigÂ taught woodworking and drafting at Lundahl Jr. Jigh from 1968-1978; technology education, architecture, drafting and metals at Crystal Lake South High School from 1978-1994 in Crystal Lake, Illinois. He was in charge of the design and construction of the multi-purpose complex at Crystal Lake South High School and involved with the development of the first Technology Center for School District #155. In 1988,Â Craig was honored as Educator of the Year and in 1990, Soccer Coach of the Year where he won 4 soccer conference championships and 2 regional championships. He took 4 consecutive girl’s track teams to the state finals and also coached Freshman Boy’s basketball and on the 200th win, the team scored 100 points. Craig Â was a proud member of the National Education Association, Illinois Education Association, American Vocation Association, National Technology Association and the Pi Kappa Alpha Fraternity at Pittsburg State University. He loved the outdoors, fishing, hunting, camping and hiking and had a trip of a lifetime on an unguided float trip for one week in Alaska with wilderness fishing and camping while floating Lake Creek. He enjoyed working as a Tour and Fishing Guide in Dogwood Canyon in Lampe, Missouri before retiring. CraigÂ is survived by his wife: Rita Kendall; son: Jim Kendall and his wife Tia; grandchildren: Cutter and Curry all of Tulsa, Oklahoma; brother: Bruce Kendall of South Carolina. He was preceded in death by his parents Blanche and James Kendall. A celebration of Life was held on March 16, 2010 at the Skelly Lodge in Catoosa, Oklahoma with final resting place being in the Garden of Memories at Floral Haven Memorial Gardens in Broken Arrow, Oklahoma. Memorial contributions can be made to the James Craig (J.C.) Kendall Memorial Endowment – Pittsburg State University or to the American Alzheimer’s Association.Â Services were entrusted to Floral Haven Funeral Home, 6500 South 129th East Avenue, Broken Arrow, Oklahoma. (918) 252-2518

James Craig Kendall (Coach Kendall), 66 of Tulsa passed from this life on March 13, 2010 in Owasso, Oklahoma. He was born on February 9, 1944 in Chicago, Illinois.Â Craig graduated from Oak Park-River Forest High School in 1962 and went on to... View Obituary & Service Information

The family of James Craig Kendall created this Life Tributes page to make it easy to share your memories.