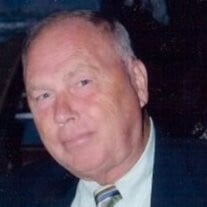 Joe F. Sparks, 75, of Broken Arrow, died on Sunday, December 8, 2013. He was born in Clarksville, Arkansas, on August 5, 1938, the son of Howard and Bessie Sparks. On October 10, 1956 (57 years ago), he married Susie Sparks, in Wagoner, Oklahoma. They actually eloped… Joe picked Susie up from high school (with the help of her twin sister, who was manning the attendance desk), then she returned as though nothing had happened. Once her parents discovered the marriage, they insisted she finish school, and Joe completely supported her in that. …& they lived happily ever after. He served our country in the U.S. Navy. Joe was a longtime owner of several bowling centers in the area. He is survived by his loving wife, Susie Sparks, children, Tammy Langston, and her husband, Buddy, of Broken Arrow, Joe Sparks, and his wife, Tammy, of Owasso, Mick Sparks, and his wife, Sandra, of Tulsa, Linda Hicks, and her husband, Tony, of Bixby, grandchildren, Josh Langston, Ashley Sparks, Matthew Sparks, Jordan Maxwell, Brittany Sparks, Justin Langston, Madeline Maxwell, Samantha Maxwell, and Jacob Hicks, great-granddaughter, Rosha Nodine, brother, Bob Sparks, and his wife (and Susie’s twin sister), Delores, sister-in-law, Irma Sparks, and brother-in-law, Bill Williams, and his wife, Joy, all of Broken Arrow, and numerous other family members and friends. He was preceded in death by his parents, and brother, Howard Sparks, Jr. Memorial donations may be made in Joe’s name to Indian Springs Baptist Church, 7815 S. Elm Place, Broken Arrow, Oklahoma 74012.

The family of Joe Sparks created this Life Tributes page to make it easy to share your memories.