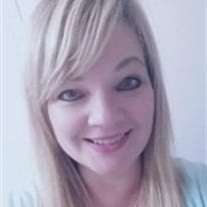 Julie Ann Smith, 51, of Broken Arrow, Okla., died Thursday, Sept. 26, 2019, after a brief but courageous battle with cancer.Julie was born Dec. 6, 1967, at St. Joseph’s Hospital in Hancock, Mich., the daughter of Gary and Marjorie Wickstrom. She attended Chassell Township Schools, graduating in 1986 as valedictorian, and Michigan Technological University, where she earned a bachelor’s degree in business in 1990.After moving to Oklahoma, she worked at Heritage House, Pennwell Publishing and Metropolitan Life. She married Brock Smith on Oct. 1, 1994, and together they had three children, Tiara, Josiah and Zachariah.Julie was a loving, caring and conscientious mother and wife with a strong and enduring faith in her Lord and Savior Jesus Christ. She took pride in home schooling her children and shuttling them to their various activities. In high school she was a talented first-chair flutist, earning accolades in numerous solo and ensemble performances. She enjoyed many activities throughout her lifetime, including family trips and outings, cooking and baking. Julie had a sweet and spunky nature and took pride in her Finnish-American heritage, displaying the Finnish characteristic of “sisu”, or internal fortitude, until the very moment of her passing.Julie was preceded in death by her parents; her paternal grandparents, Arthur and Elsie Wickstrom; her maternal grandparents, Charles and Esther Naasko; and her cousin, Karen Durocher.She is survived by her husband, Brock; daughter Tiara (fiance Cole Jarman); sons, Josiah and Zachariah; father-in-law Bill Smith and mother-in-law Barbara Smith; brothers Jeffrey (Marian) Wickstrom and Roger Wickstrom; and numerous uncles, aunts, nephews, nieces, cousins and friends. Julie especially appreciated the support of cousin Patty during her recent battle with cancer.Funeral services will be held at 2 p.m. Wednesday, Oct. 2, 2019, at Floral Haven Funeral Home Rose Chapel with internment to follow at Floral Haven Cemetery. Thoughts and memorials may be sent to 23311 E. 99th St. S., Broken Arrow, OK 74014.

The family of Julie A. Smith created this Life Tributes page to make it easy to share your memories.