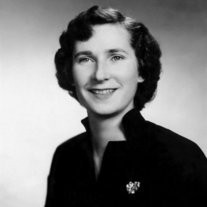 I was born on July 13, 1926 in Lexington, Massachusetts. I am the middle child. I have an older sister, and a younger brother (now deceased). We lived with my grandmother, two old maid Aunts, my mother and the three of us in my grandmother’s large 2-story house. Even though my dad didn’t live with us, he visited when he could. My mother always insisted that we could send him a note every so often. The memory that has stuck in my mind is the time he tried to teach us the French National Anthem and also count in French. My maiden name is “LaPorte,” so you can see why he tried to teach us French, as his mother and dad were French Canadian. I graduated from high school in Newtonville, MA at 16, attended Curry College and the School of Practical Art in Boston for 2 years. I worked for John Hancock Ins. Co. in Boston for 8 years. Tom and I married on June 27, 1953 at the Newton Highlands Congregational Church.We spent the first two years in Bloomfield, New Jersey. Tom worked for the Curtis Wright Corp, in Woodridge, NJ and I worked for Schering Corp. a pharmaceutical company. Tom was offered a job at American Airlines in Tulsa, OK so we moved here in 1955. Tom was an engineer for 35 years. We have 4 children (Glenn, Karen, David, Krista), 8 grandchildren (Traci, Steven, Mary, Tiffany, Sarah, Brandy, Amber and Katherine), and 10 great grandchildren (Zane, Conner, Joshua, Derek, Paige, Brooke, Ralea, Alyssa, Ethan, Cassidy).Our older son Glenn works for American Association of Petroleum Geologists as a .NET Developer in Tulsa. Our older daughter Karen works for Gold Medallion Senior Housing and Health Care in Tulsa as a Controller and HR Administrator. Our younger son David retired from the Army, and is now working in Washington State for General Dynamics. Our younger daughter Krista lives in Moore, OK and is a full time homemaker.In 1984 Ailene Ludiker and I went to our first HCE meeting and we were with the Eastside Group for many years. I have enjoyed doing crafts and entering various things and pictures in the County Fair and winning ribbons. The year of 2003, our 50th wedding anniversary, Tom and I took a cruise to Alaska with his twin brother Ken, and Ken’s wife Carol. Tom and I sold our house on 5th Street in Tulsa and moved to a retirement community in 2006.Donations can be mailed to: John 3:16 Mission, Inc. 205 E. Pine Street – Suite 103 Tulsa, OK 74106 Attn: Development DepartmentGlobal Outreach Mission P.O. Box 2010 Buffalo, NY 14231-2010Alzheimer’s Association P.O. Box 96011 Washington, DC 20090-6011

I was born on July 13, 1926 in Lexington, Massachusetts. I am the middle child. I have an older sister, and a younger brother (now deceased). We lived with my grandmother, two old maid Aunts, my mother and the three of us in my grandmother&#8217;s... View Obituary & Service Information

The family of June Grafton Moody created this Life Tributes page to make it easy to share your memories.