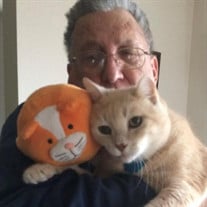 Kirk Randall Trotter Kirk Randall “Zip” Trotter of Claremore, OK, passed away on November 11, 2021, at the age of 69, after a long battle with heart disease. He was born in Tulsa on January 14, 1952 to W.R. and Erma Trotter. He attended all his school years in Tulsa graduating from Memorial High School in 1970; he then attended Oklahoma State University where he studied business and music. Kirk moved to Basalt, CO in the mid 70’s where he worked for more than 20 years as a lineman at McDavid Bros. Aviation in Aspen, CO. Kirk began “Livin’ on Tulsa Time” again in 2003. Always, Kirk’s main passion was music! Kirk, aka “Zip” (like many in his family tree) was an accomplished musician! Kirk’s father was good friends with Bob Wills, famed Western swing musician and bandleader of the Texas Playboys! Kirk started guitar lessons in his teens with the renown Texas Playboy rhythm guitarist Eldon Shamblin. From Eldon he learned the walking chords, rhythmic notation and how to effortlessly improvise, becoming a talented lead guitarist. At age 16, Kirk ‘s first garage band was called “The Hereafter”. Wisely, he did not tell his parents that his first paying gig turned out to be in a gay bar, fearing they would put an end to his music future! Kirk often said, “I was almost someone famous” … “Zip” was never famous but played in many venues with fun names like the Bleu Grotto and the “Flaming Armadillo” in Tulsa, OK. Zip was also a member of many bands with fun names …. His favorite band name was “The Flippin Mammy Hoppas ! While living in the Aspen, Colorado, area be played many clubs, concerts and festivals. Zip’s last band was called “Back Porch with Tepper & Trotter (a duo of harmonica and acoustic guitar). The duo regularly played Happy Hour at “ Two Rivers Cafe” (everybody’s hangout) in Basalt, Colorado. Kirk was a curmudgeon with a dry sense of humor! He loved cats, Jeopardy (don’t call him during the show) and spoonerisms. Kirk would say "bunny phone" instead of "funny bone”, “jelly beans" would become "belly jeans". He called the town of Stone Bluff, OK “ Blown Stuff”. Yep…. Kirky was quirky! Kirk was greeted in heaven by several beloved Trotter family members; his father, Wanzie, mother Erma (Marler), Grandmother Essie (Lay) and nephew Ryan Trotter. He is survived by his sister Lynette Trotter-Medders and brother-in-law, Gaylen Medders and three grand nieces Alexis, Zylyn and Jelleisha. Kirk will be missed by longtime friend, Lin Roth and many wonderful cousins. Sunsets were always more special to him than stained glass windows, so no church services are planned, per Kirk’s wishes. Friends and family will gather to celebrate his life with music at a later date to be announced. In lieu of flowers, donations may be made to either of these wonderful animal rescues:

The family of Kirk Randall Trotter created this Life Tributes page to make it easy to share your memories.

Send flowers to the Trotter family.