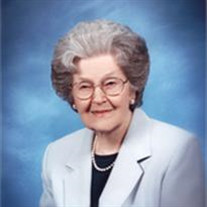 LINDA PENNER UNRUH was born August 20, 1915 near Aulne, Kansas, the daughter of Peter C. and Anna Lohrenz Penner.Â  She learned at a young age to assume responsibility and the love of children being the oldest of seven children. Â Â Â Â Â Â Â Â Â  She graduated from Newton High School and the following year worked to earn money to attend Emporia State Teachers College where she received a 3 year teaching certificate.Â  She enjoyed teaching 3 years in a one room country school.Â Linda became a Christian at the age of 11, was baptized and received into the fellowship of Ebenfeld Mennonite Brethren Church in 1932.Â  He uncle G.W. Lohrenz was pastor. Â Â Â Â Â Â Â Â Â  Later the family moved from the farm in Marion County to another located east of Newton.Â  The family startedÂ  worshiping in the Elbing Missionary church.Â  That is where she began admiring Bill.Â  He was a member of a young mens quartet who had come from a neighboring church to sing.Â Â Â  He preceded her in death November 16th, 1992.Â  On May 26, 1940, she married William E. (Bill) Unruh.Â  They made their home in Wichita where Bill was employed.Â  There they became active members of Immanuel Baptist Church and later Metropolitan Baptist Church and both served in the church choir faithfully.Â  She enjoyed teaching children in Sunday School until her hearing became impaired.Â  Â Â Â Â Â Â Â Â Â  Several years ago she made a big change in her life by moving to Tulsa, Oklahoma where she lived in a retirement apartment complex.Â  She adjusted beautifully by making new friends and getting involved in many activities.Â  Of special interest is that she and a new friend believed the seniors at Country Club of Woodland Hills would enjoy a sing-along.Â  They suggested the idea to management, and a weekly sing-along became a regular activity usually attended by 20-30 residents.Â  Linda also loved to pay the organ in the gathering room where others would listen to her play, request certain favorite hymns, and sing with her.Â  She also enjoyed playing Scrabble and Bridge.Â  She also attended Parkview Baptist Church in Tulsa. Â Â Â Â Â Â Â Â Â  Linda is survived by her brother Wesley Penner and his wife Shirley of Wichita; sister Lillian Penner Miller of Newton, Kansas, and brother Roy Penner and his wife Margaret of Winfield and sister-in-law Elva Unruh.Â  She is also survived by her daughter Emily Unruh Haynes and her husband Larry, and son Myron L. Unruh and his wife Barbia of Stanton, Texas.Â  In addition there are four grandchildren, being Lori Haynes Yadon and husband Phil of Tulsa, Oklahoma, Bradley Haynes and his wife Pamela of Bixby, Oklahoma, Kristi Unruh Franklin and her husband Reggie of Stanton, Texas, and Tim Unruh of Fort Worth, Texas.Â  Additionally there are 4 great-grandchildren, being Rachel and Hannah Franklin of Stanton, Texas, and Dylan and Dalton Haynes of Bixby, Oklahoma. Â Â Â Â Â Â Â Â Â  On a personal note, Myron and Emily received a special blessing from their mother just 2 days before her death.Â  Having received several cards in the mail, Emily brought to her attention one that pictured a hymn on the front.Â  It was Higher Ground.Â  She said â??I know that hymnâ?.Â  And she sang it word for word to them.Â  Â Â Â Â Â Â Â Â Â  A memorial service will be held at the Resthaven Gardens of Memory,Â  Tuesday, June 21,Â  at 1:00 p.m., with viewing immediatelyÂ  preceding the service.

The family of Linda L. Unruh created this Life Tributes page to make it easy to share your memories.