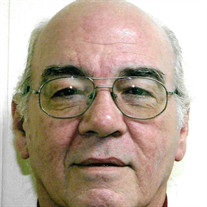 Levelle Burris Born February 8, 1951 Died May 2, 2020 Born in Oklahoma City, OK Parents Delbert Lee Burris and Truddie Riddle Burris Levelle received his education in El Paso, TX, and lived a few of his teenage years in Okinawa. In both areas Velle, as he preferred to be called, learned to appreciate other ethnic peoples and carried that throughout his life. In his later years, he married and spent fifteen years in Nova Scotia, Canada, spending many hours enjoying the sailboats along the shores. That seemed to be one of his fondest memories of Canada. When Velle returned from Canada, he lived temporarily with me attending the Verdigris A/G, Pastor Michael Abel. He accepted Jesus as his savior and attended the local church for a few months. He never forgot his Pentecostal upbringing and began his journey with the Lord. Velle returned to Claremore in 2013 living there six years before relocating to Nobel, OK, to be closer to his daughter and two granddaughters. Velle worked at varied employment which included assistant manager of a Kentucky Fried Chicken, cook at high-end Tulsa restaurants, truck driver, cell tower installation, traveled with circus, hospital employment, auto mechanic, clothing store sales, grocery store and employed by the Claremore Police Dept. as janitor. He had an unusual resume. He was an interesting person to talk with and he loved to talk. He was unusually intelligent. He attended college at Rogers State College in Claremore, now Rogers University, majoring in English. He took pride in being on the Dean’s Honor Roll. He spent another year at Central State College. He wrote a novel about his Scottish heritage. In late August, 2018, following a DNA test, I received the results learning that I had close DNA matches, one of which I contacted. Together we identified Levelle as her biological father that she had searched for throughout her life. It was a happy reunion of a father and daughter. His daughter and granddaughters became the joy of his life. Sadly their newly found relationships was all too brief. About two months ago, Velle had a stroke affecting his right side, including his speech. Following a second stroke, he was hospitalized and never recovered. After a month of anguish, pain, frustration, anger, he was free and healed by his departure of this life. Velle is survived by his daughter Melissa Lujan, granddaughters, Mireya and Marisol, Sisters, Debbie Wilson and Tina Duncan, nieces, nephews, cousins, and his aunt, Uneeda Newton. May he rest in peace Our Blessed Hope. Personal note: I was 13 when Velle was born. I spent my teen years loving him and his sister, Debbie, during the times I was visiting my sister and/or they visited us. They spent holidays and special occasions with my parents attending the Church of God giving my nephew and niece lifelong love of the gospel. While not always following the Pentecostal doctrine, the Bible tells us to bring up a child in the faith and they will not depart from it. The Holy Spirit was with Velle and I rest in peace as I told him the night before his stroke, “if I never see you again, I will be looking for you when we get to heaven”.

The family of Lloyd Levelle Burris created this Life Tributes page to make it easy to share your memories.

Send flowers to the Burris family.