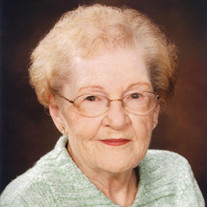 Marjorie Louise Zimmerman of Tulsa, Oklahoma passed away at Montereau's Health Center on August 10, at the age of 92. She was born in Johnstown, Pennsylvania on April 11, 1929. Marjorie was a 1946 graduate of Dale High School. In 1950 she earned a Bachelor Science Degree in Home Economics at Indiana State Teachers College of Pennsylvania where she was a member of the Sigma Sigma Sigma Sorority. On June 9, 1951 she married her high school boyfriend, Harold Zimmerman of Winder, PA. In 1952 the Zimmermans moved to South Texas where Harold began a life-long career of 41 years working for Texaco. Marjorie, Harold, and their three sons Ron, Alan, And Brad, moved many times in South Texas. Marjorie, Harold, and Brad moved to Tulsa, Oklahoma in the early 60s and eventually to Connecticut for 11 years where Harold worked in Texaco's Worldwide Corporate Headquarters in Harrison, NY. She devoted her life to her husband, children, granddaughter Mary, and great granddaughter Lorelai. Marjorie always found the best in every person and situation. She loved to travel in Europe and Russia with Harold on his frequent business trips. She also enjoyed the Historical Society of West Port, CT and loved to take the train into New York City with friends to see Broadway shows, museums, and just sight-see the many attractions. During those 41 years of multi-moves, early on Marjorie joined her social sorority Beta Sigma Phi in 1959. This enabled her to easily make new life-long friends wherever they lived. After Harold's retirement in 1992, they moved back to Tulsa to help raise their granddaughter, Marty Ann. She was like their daughter they never had. Marjorie and Harold celebrated their 70th wedding anniversary on June 9, 2021. Marjorie was preceded in death by her mother and father, Augusta and John Morgan and her older sisters Mildred and Emily. She is survived by her husband, Harold, and three sons Ron and his wife Lori of Houston, TX, Alan and his parnter, Larry, of Albuquerque, NM and Brad and his wife Dawna of Tulsa. She is also survived by her granddaughter Marty Ann and her husband Billy Walton, and her great granddaughter Lorelai Walton of Moore, OK. Marty Ann considered Marjorie as her "mom" for life. Marty was grateful and thankful for all the life lessons and inspiration that Grandma had given her over the years. A Celebration of Life will be held at a later date in the Montereau Chapel. Contributions may be made in lieu of flowers, in Marjorie's memory to Montereau's Benevoelnt Fund, 6800 S. Granite Avenue Tulsa, OK or the charity of your choice.

Marjorie Louise Zimmerman of Tulsa, Oklahoma passed away at Montereau's Health Center on August 10, at the age of 92. She was born in Johnstown, Pennsylvania on April 11, 1929. Marjorie was a 1946 graduate of Dale High School. In 1950 she earned... View Obituary & Service Information

The family of Marjorie Zimmerman created this Life Tributes page to make it easy to share your memories.

Marjorie Louise Zimmerman of Tulsa, Oklahoma passed away at Montereau&#39;s...

Send flowers to the Zimmerman family.