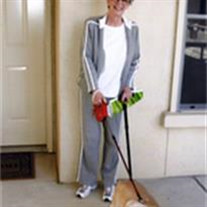 Mary Charles Lambeth Gentzen, age 81, was born on November 13, 1930 and passed away December 10, 2011.Â She was adopted by Charles and Mary Lucille Easterday and was their only child. She grew up in Jenks, Oklahoma and moved to Tulsa her senior year of high school. Â She attended Phillips University in Enid, Oklahoma and married soon after graduation.Â  Mary Charles was a loving wife, mother, and grandmother.Â She was a giving person who never met a stranger.Â She was married to two marvelous men.Â Her first husband, Bill Lambeth, passed away after 32 wonderful years of marriage.Â She was blessed to meet and marry her second husband, Ron Gentzen, to whom she was married to for 15 years.Â Â  She is survived by her three children, Charles Lambeth, Ron Lambeth, and Carol McClellan, along with her four grandchildren, Jason Lambeth, Ashley Lambeth, Kristen Lambeth, and Sarah Lambeth.Â  Â  After her parents passed away, she tried to find her birth mother, who had also passed away.Â However, to her surprise she located a half sister, Doris Walker.Â She was so thrilled to find out she had a sibling. They have been in close contact ever since.Â  Â  Over the course of her life she attended college at Phillips University and worked at Tulsa Tag Agency, Shell Oil Company, Dr. Applegateâ??s Veterinary Clinic, Lambeth-Hillman Construction, Bill Lambeth Construction, Arkansas Valley State Bank, and Gentzen Marketing Communications.Â In between all this she served as a Girl Scout Leader, Girl Scout Cookie Chairman and Cub Scouts Den Mother.Â She was very active in church over the years as a founding member and was one of the Financial Secretaries and an Elder with the South Grand Lake Christian Church (Disciples of Christ).Â After her second husband passed away, she decided to give back to the community by volunteering at Ketchum Elementary. It gave her a great deal of happiness to work with children.Â  Â  Visitation will take place on Wednesday, December 14th from 12:00 p.m. to 8:00 p.m. at Floral Haven located at 6500 South 129th East Ave., Broken Arrow, OKÂ 74012.Â Family will be present during the hours of 4:00 p.m. to 8 p.m.Â  Services will be held on Thursday, December 15th @ 12:30 p.m. at Floral Haven Chapel.Â Following the services there will be a short graveside ceremony where Amazing Grace will be played on bagpipes.Â The family would like to invite friends to gather for a light lunch at the Floral Haven Family Center so generously provided by South Grand Lake Christian Church in Langley, OK.Â  Â  Charitable donations can be made to the Salvation Army in lieu of flowers: Â  The Salvation Army National Headquarters 615 Slaters Lane PO Box 269 Alexandria, VA. 22313 Website:Â https://donate.salvationarmyusa.org/page.aspx?pid=207#tribute

Mary Charles Lambeth Gentzen, age 81, was born on November 13, 1930 and passed away December 10, 2011.Â She was adopted by Charles and Mary Lucille Easterday and was their only child. She grew up in Jenks, Oklahoma and moved to Tulsa her senior... View Obituary & Service Information

The family of Mary Charles Lambeth Gentzen created this Life Tributes page to make it easy to share your memories.