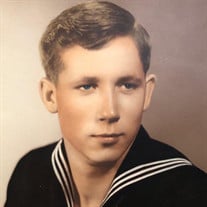 Otis William (Bill) Freeman Sr. went to be with the Lord on August 22, 2020 at the age of 84 years at St. Johns Hospital in Tulsa, Oklahoma. Bill was born on August 19, 1936 in Holt, Alabama to Bob and Bobbie Freeman. He married the love of his life, Agnes Pearl Umholtz Freeman, on February 17, 1958 in Huntington Park, California. He is also survived by his sister, Francis Ohm and husband Bob. Lovingly remembered by his six children: Becky Hill and husband Mike Barbie Schuler and husband Richie Bill Freeman Jr. and wife Tamara Robert Freeman and wife Carol Jimmy Freeman Susie Finney and husband Johnny And his grandchildren: Jerrod Hill Trista Blevins Brandon Hill Daisha Schuler Richie Schuler Jr. Amber Kubiak Katie Little Zach Campbell Adam Hargrove Brock Fleming Robyn Cagle Blake Fleming Jessica Fleming RJ Freeman Zac Freeman Tyler Freeman Allison Freeman JJ Finney Justin Finney Hannah Finney And 29 Great Grandchildren and numerous other family members. In 1961, Bill and Aggie moved to Oklahoma after he was honorably discharged from the United States Navy on March 9, after 8 years of service. He was employed by Braden Steel, Crain Display, Armco Steel, Gemco, Atkins & Merrill, Red Wing, Burtek and retired from Southwest United in 2001. Bill would work many side jobs to support his family throughout the years. He led a life of Faith as a Sunday School Teacher, Sunday School Superintendent and later became an ordained minister on June 7, 1987. Bill and Aggie loved to travel with family and camping at Roaring River where they made many new friends that they enjoyed playing cards with in the evening. They would spend the winter months in South Texas with family and more new friends. Bill loved to collect butter churns and coffee grinders. After his retirement and selling of the motor home, Bill would spend many hours in his wood shop making toy boxes, quilt racks, hope chests and multiple other wood projects for his family and friends. Bill will be greatly missed by everyone that knew him. The family would like to thank you for all the prayers, calls, cards, texts, food, and love shown to them during this difficult time. Last but certainly not least……ROLL TIDE ROLL!!!! Webcasting of the Funeral Services will be available at the following link: http://webcast.funeralvue.com/events/viewer/35637/hash:2236C3D6E99F07DC

Otis William (Bill) Freeman Sr. went to be with the Lord on August 22, 2020 at the age of 84 years at St. Johns Hospital in Tulsa, Oklahoma. Bill was born on August 19, 1936 in Holt, Alabama to Bob and Bobbie Freeman. He married the love of... View Obituary & Service Information

The family of Otis William Freeman Sr created this Life Tributes page to make it easy to share your memories.

Otis William (Bill) Freeman Sr. went to be with the Lord on August...

Send flowers to the Freeman family.