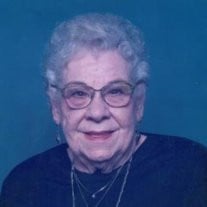 MOM Ruth was born on September 17th 1919, in Tulsa, Oklahoma. She was the youngest of two children born to Oscar and Leta Bussman. On cool summer nights, Ruth and her sister Juanita enjoyed sleeping on the second floor porch that ran the complete length of the Bussman home. Ruth grew up around her father’s extended German family that consisted of three of Ruth’s Uncles and four of her Aunt’s. She always admired having a large family and knew from a very young age that she wanted as many as six children someday when she had a family of her own. Ruth met Cecil Schell when she was twelve years old. She said on many occasions that Cecil was the only boy for her. She would smile a mischievous smile when telling stories of going to the park with Cecil when she was sixteen years old. Her teenage years were filled with riding horses, her lifelong love of reading, and being by her sister’s side when her sister needed her. Ruth was always there when friends and family needed her. Having been raised in a German family with strict principles and living through the depression and dust bowl, formed a determination in Ruth to live within her means. When asked about the years and hardships of the depression, Ruth often said that although she and her family had plenty of food and things needed for day to day life, she witnessed day after day that families were having a difficult time making ends meet . Ruth and Cecil began their married life together September 18th 1937 in Elk City, Oklahoma. It was time to get busy and provide a home for the large family they both had talked about having. Cecil would work two jobs while Ruth went to business school. Ruth’s first born was Donald, then came Barton, Steven would be the third born and finally, the last child would be David. Ruth and Cecil spent as much of their off work hours with their children as time would allow. Over the years many family trips to Colorado were taken so the boys could experience life on a ranch in the mountains. Many summer days were spent with the boys on the Illinois River near Tahlequah. Sports were always a sure way to enjoy the boys, with baseball being one of Ruth’s favorite games. Ruth was a true Cubbies fan. Riding bicycles, playing Frisbee, and going to the park to play catch or pick up a few pecans were always a fun way to spend the day with her family. While running her own business for thirty years, Ruth would have many challenges through the years. During this time Ruth would be diagnosed with cancer. Although this was a very scary time for the family, Ruth was treated and recovered, seldom speaking about the subject of her being ill. She had Barton and Steven fighting in the war in Viet Nam at the same time. Ruth thought all of her prayers were answered when Steven and Barton returned home from the war. Little did she know that soon after his return from Viet Nam, Steven would be severely injured in an accident involving a semi-truck that failed to stop at a red light. After a month, Steve regained consciousness, the doctor’s attending Steve told Ruth and Cecil that their twenty- four year old son would have to go to a nursing home for constant care. Never blinking an eye, Ruth brought Steve home where she worked with all of the family to provide care and to help teach Steve who he was, and how to learn the most basic of skills such as feeding himself and brushing his teeth. Within one year, Ruth had Steve rehabilitated to the point of going back to work for the company he was working for at the time of the accident. The doctor’s could never understand how such a recovery could ever occur given the kind of injuries that Steve suffered in the accident. Ruth and Cecil spent much of their retirement traveling the country and enjoying their fifth wheel camper. After Cecil passed in 1985, Ruth traveled to Alaska down to the Cayman Islands, and everywhere in between. Ruth traveled with Don to Florida many times to enjoy the ocean and watch for dolphins. Ruth traveled across the nation with her lifelong friend Elsie Rains. Elsie and Ruth would take art that was produced by Elsie’s daughter, to many art shows. Ruth was involved with a small band that was formed with friends, neighbors, and members of her church. The Merry Hearts traveled to various nursing homes and played old favorites for all to enjoy. Ruth’s response to what her role in the band was, “I sing, play the tambourine, and shake my booty” Many special occasions and holidays were spent with children, grandchildren, and great-grandchildren.

MOM Ruth was born on September 17th 1919, in Tulsa, Oklahoma. She was the youngest of two children born to Oscar and Leta Bussman. On cool summer nights, Ruth and her sister Juanita enjoyed sleeping on the second floor porch that ran the complete... View Obituary & Service Information

The family of Ruth Ella Schell created this Life Tributes page to make it easy to share your memories.