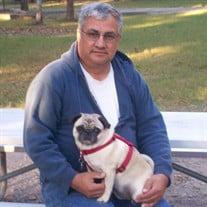 Tommy Eldridge Hicks, 71, was born on November 1, 1949 and passed on June 18, 2021. Tommy was adopted in 1950 by George Hicks and mother, Imojean Hicks. He was preceded in death by first wife Peggy S.Hicks, Mom Imojean Knox, Dad George Hicks, Biological Father Richard Harvey. He is survived by his wife; Lynn Hicks of the home. Daughters Tammy Haubert and husband Tracy, Julie McInturf and husband Derrick, Son Andrew Hicks and husband Preston Childress. Sisters Sandy Alex and husband Harry, and sister Susie Surratt and Husband Bill., Susie Surratt, stepsons Jeff Mason and husband Chris, and Jameson Phoenix. Seven Grandchildren, Ten Great Grandchildren and two on the way. Many cousins, nieces, nephews, bonus kids, grandkids and great grandkids. Tommy quit school at the age of 16 and worked on a Pepsi truck until the age of 17. He joined the Marines Corps in 1967 and in 1968-69 served in Vietnam. While serving in the Marine Corps he earned the National Defense Service Medal, Vietnam Service Medal w/5* Vietnam Campaign Medal, Republic of Vietnam Armed Forces Meritorious Unit Citation, Good Conduct Medal. M-14 Marksman Badge. While in Vietnam Tommy had part of the 23rd Psalm wrote on his helmet (always said he wanted this read at his funeral) Yea, though I walk through the valley of the shadow of death, I will fear no evil For I'm the Meanest Marine in the Valley. When He came home from Vietnam he served at Camp Pendleton for 3 months before being transfer to the U.S. Navy Ammunition Plant in McAlester Okla until he was discharged in 1971 with an Honorable Discharge. He went back to work for Pepsi Cola and retired in 2012 after 42 years. He accepted Christ in May 1982 at Manger Baptist Church. He served the church first as Director of the children’s department and then as his daughters became teenagers, he went on to be youth director and Sunday school teacher. He loved going to church camp with them, but he especially loved the end-of-week water fights with the kids and adults. Tommy was very active in church throughout his life. He also attended Canyon Road Baptist and had called Central Baptist Chuch in Owasso, home for the last several years. In 2004 Tommy married Lynn and began a life filled with happiness and adventures. Tommy Loved helping people. Many times when Lynn couldn't find him, she would go outside and see him mowing someone’s yard or helping them fix something. Tommy loved the outdoors and enjoyed camping at Ft. Gibson lake with Lynn, and his favorite dog Daisy. The only thing Tommy loved more than his wife, dog, and camping was his breakfast which almost always included “taters.” In 2008, Tommy joined the Owasso VFW Post 7180, and later the Tulsa VFW Honor Guard in 2012, and in 2014 the Claremore Justin L Noyes Marine Corps League. Since Tommy has been with the VFW Honor Guard he has done hundreds of Military Funerals for our fallen Veterans. In 2015 Tommy received Marine of the Years for his hard work and dedication. One of Tommy’s greatest joys was handing out Vietnam War Service pins to veterans he would meet. Since 2014 Tommy and Lynn and have worked with the Marine Corps Reserve Toys For Tots Program and over the years they have collected thousands of toys. Visitation will be held from 4 pm - 6 pm on Tuesday, June 22 at Floral Haven Funeral Home. Services will be at 11 am on Wednesday, June 23 at Central Baptist Church of Owasso - 9001 N 145th Ave E, Owasso, OK 74055

The family of Tommy Hicks created this Life Tributes page to make it easy to share your memories.

Send flowers to the Hicks family.